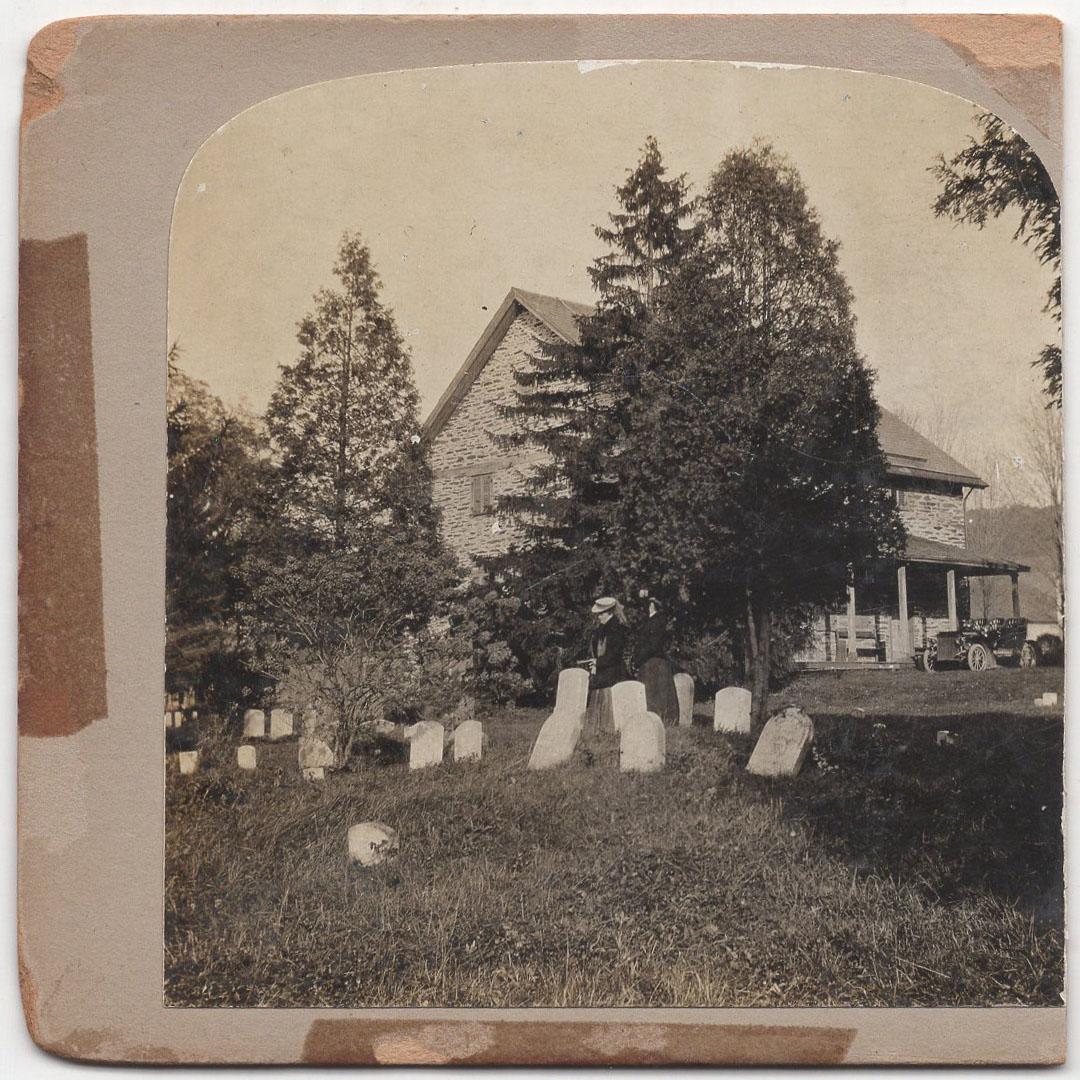 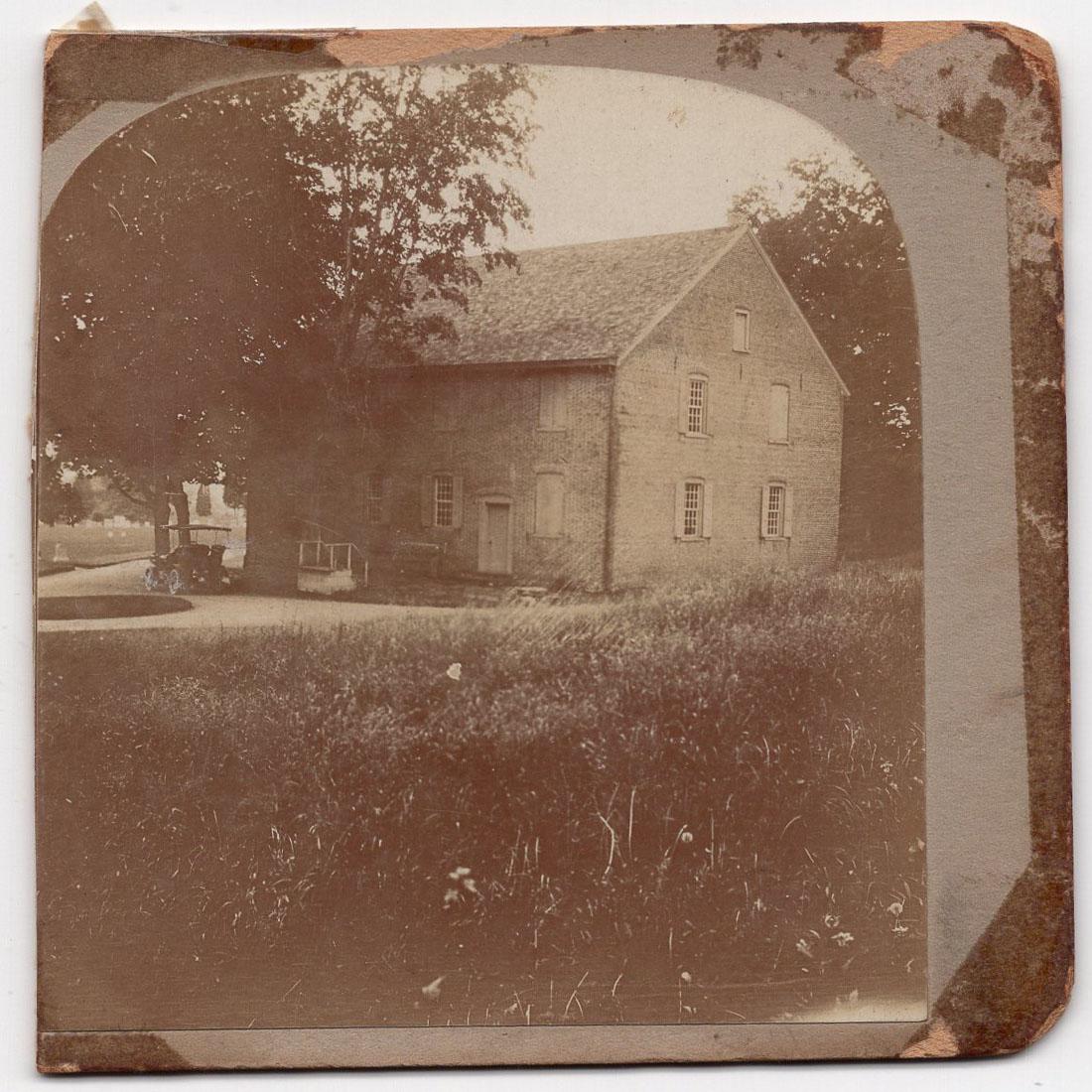 Creek Quaker Meeting House. Two photographs, each half of a stereoview, depicting the Hicksite meeting house at Clinton Corners in Dutchess County, New York. Circa. 1900. Each image approximately 7.5 x 8 cm.

Built in 1777, the building served as the center of the Quaker life in the area until 1828, when the community split into Hicksite and Orthodox factions. The latter group formed the Clinton Corners Friends Church, which still stands, although the congregation has since shed its Quaker affiliation. In 1876, one historian wrote about this stone meeting house rhapsodically:

Within its sacred enclosure the fervent prayers of godly men and women have been offered up to the Giver of all Good for a century. Men have stood up in all the pride and glory of manhood, and passed away, and their places have been filled by others, until three generations have gone by, and yet the old house stands, a beacon on the ocean of time. May it long continue to stand, to light the lonely traveler journeying on to eternity (Smith, 146).

Notes on the verso remark that these photographs were taken around 1900 by the honorable John M. Janes of Poughkeepsie, who among his many other accomplishments was a member of the Dutchess County Historical Society. His Stanley Steamer is visible in both the pictures. Notes in another hand record the facts that the photographs were purchased from the Old Author’s Farm in Morrisburg, Ont., in November 1974.