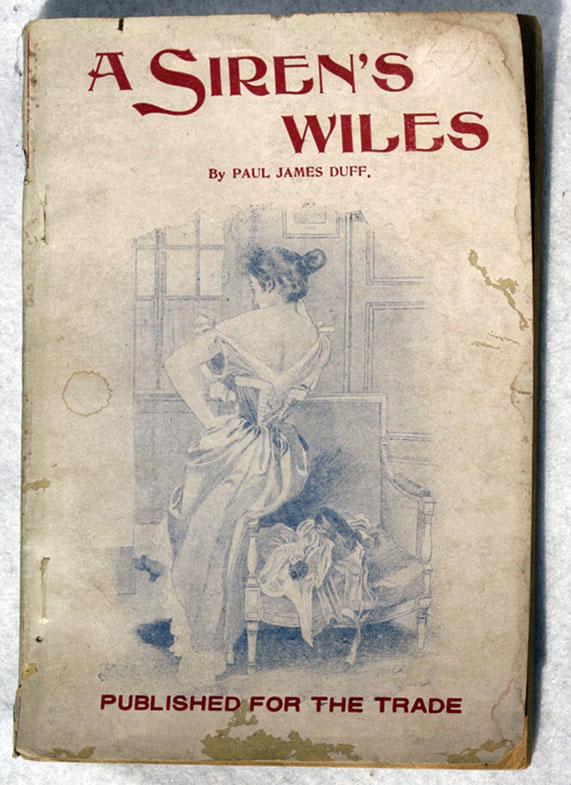 Barney backs the winner, we're on a booze today,

We had a goose for dinner and whiskey for our tea,

We lined our coats with five pound notes

And drank our noses blue,

For, when Barney backs the winner, boys,

We don’t care what we do.

As our Virgil guides the respectable reader through the dark allies and forbidden corners of the urban landscape, he does not lose sight of the fact that the privileged classes are no better than the denizens of the street. “Those aristocratic men, resplendent in fashionable wardrobe and costly diamonds, are but the parasites and puking pimps of the unfortunate drabs who must pay them over the wages of their sins.”

Paul James Duff was evidently a newspaperman – journalists and editors populate his tales. He was obviously also a man of cultural attainment.  Clearly, he felt most at home in Chicago, the setting for most of his tales. Even in A Siren’s Wiles there is occasional reference to the Windy City, though the terms generally are unflattering. “Does your effete [New York] society countenance this social evil?” gasps one character in dismay. “Then you must be on the on the same moral plane … as Chicago.”

Please note that due to adult themes, this volume is not for sale to minors.