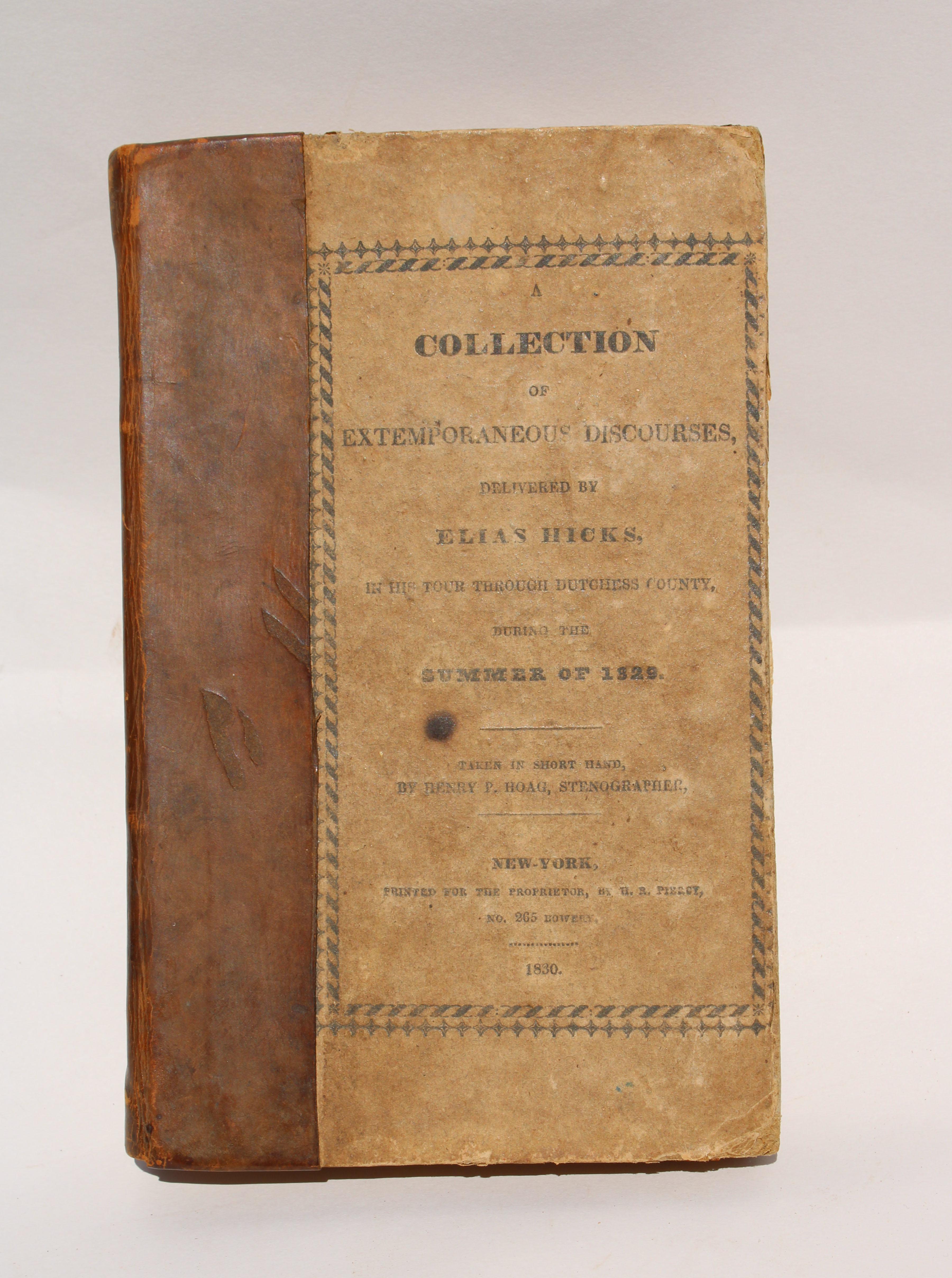 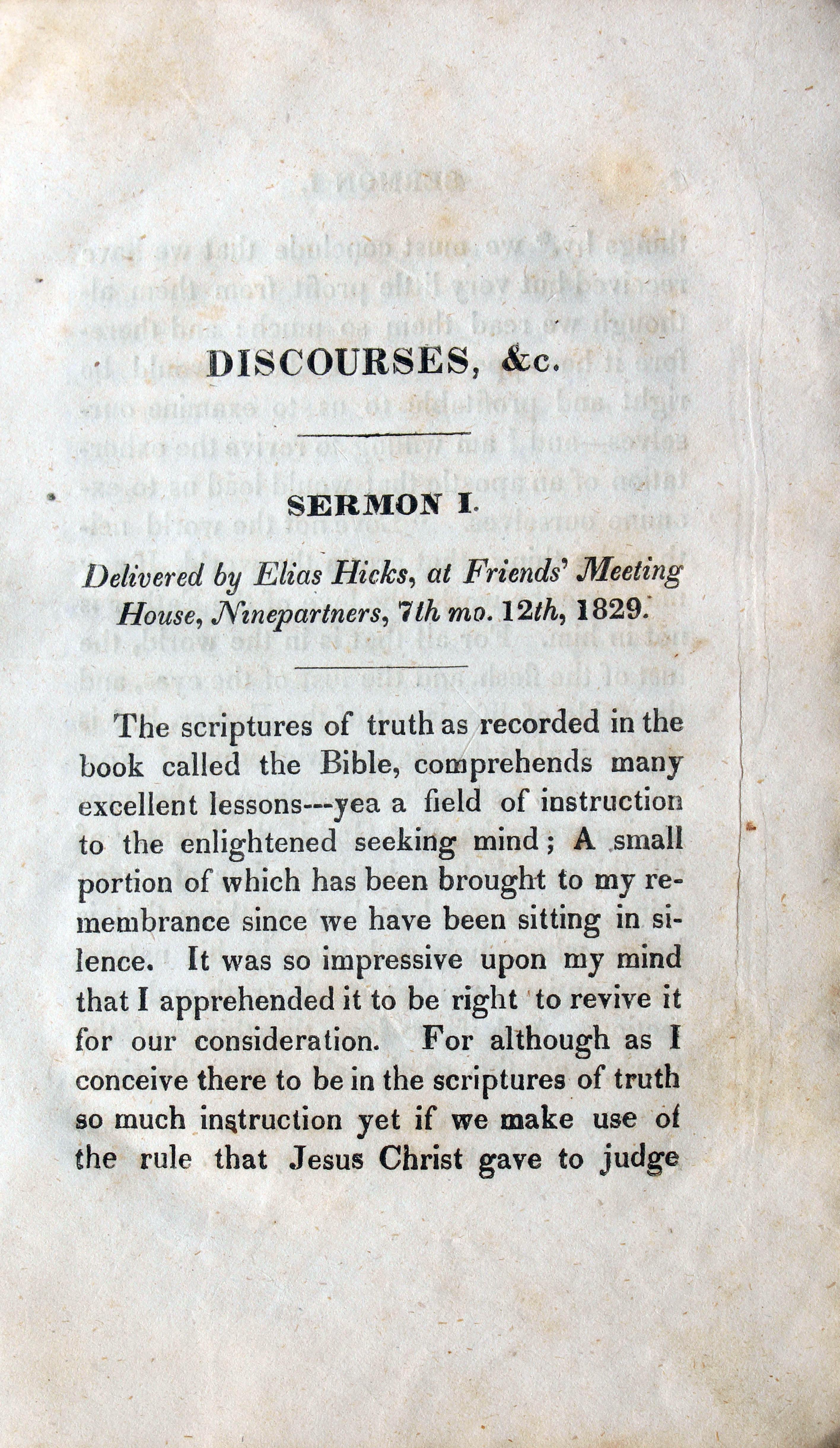 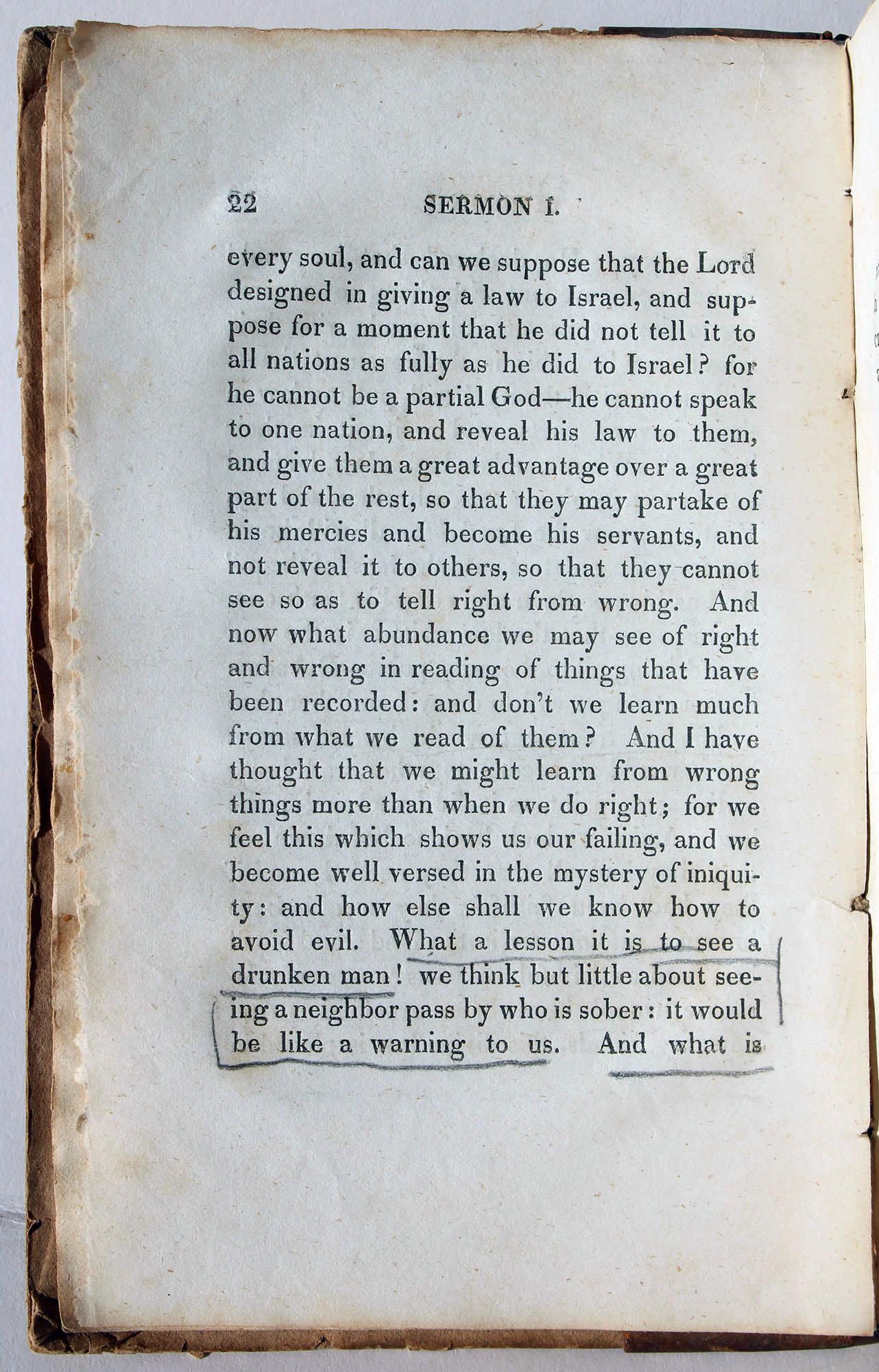 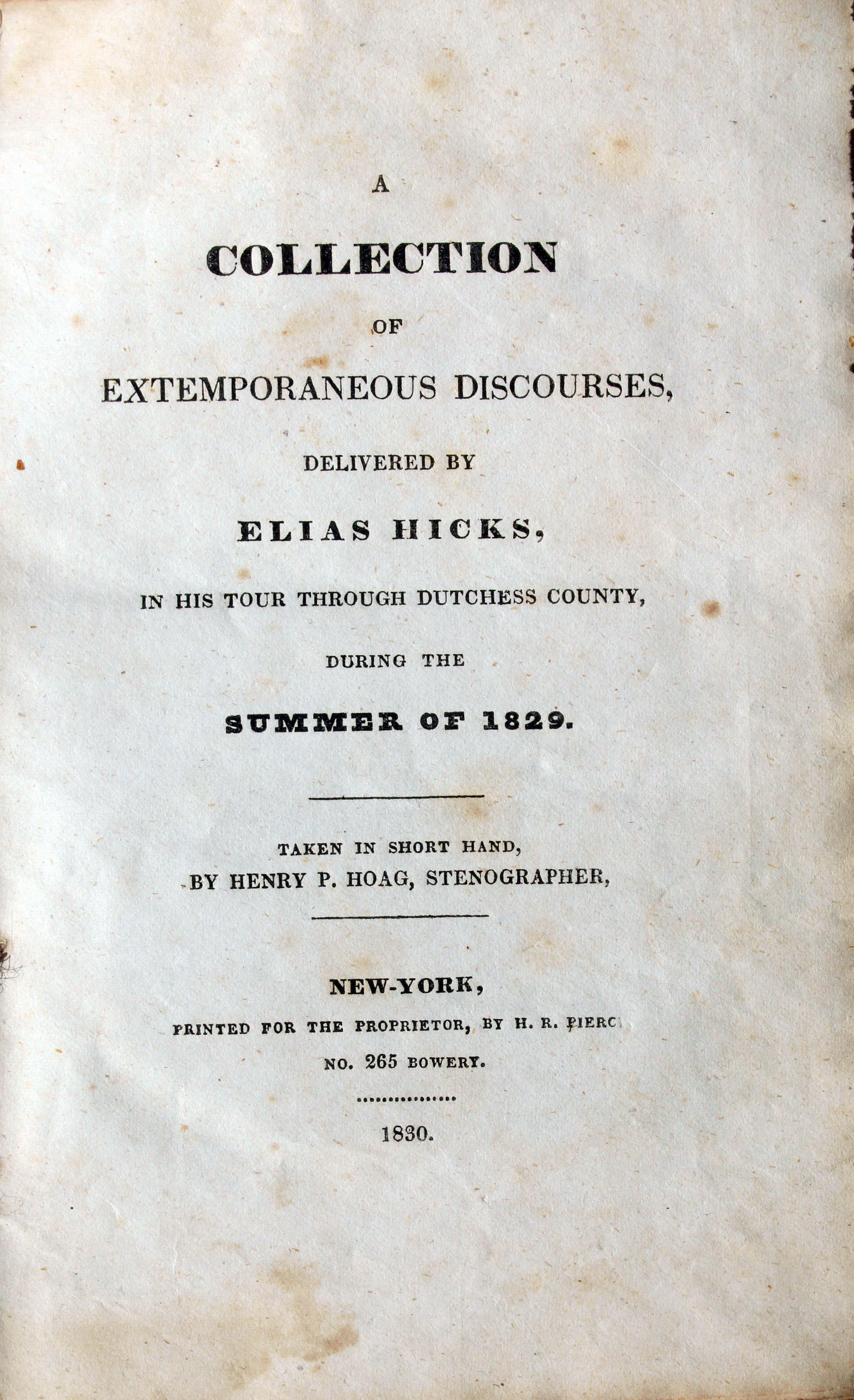 A rare and important volume by the man who was arguably the most important Quaker voice of the nineteenth century, and certainly the most divisive. A member of the Nine Partners School Committee, which operated the academy that Lucretia Mott attended as a teenager, Hicks was so deeply committed to the cause of abolition that he called for the divestment of assets connected to slavery, and a consumer boycott of cotton cloth, cane sugar, and other products of slave labor. His moral example proved an inspiration to Mott and other social reformers. But his theological ideas fractured the Society of Friends worldwide.

According to Hicks, the Inner Light was the ultimate source of spiritual authority, and was superior to the Bible, which was rife with ethical contradictions that led its readers to espouse morally reprehensible positions, such as the countenancing of slavery and social heirarchy. Jesus, according to Hicks’s Gnostic creed, was divine because of his perfect obedience to the Inner Light. To follow his “great pattern” would produce a more rational, egalitarian, and democratic world, Hicks argued, and a surer path to salvation. Quakers who did not embrace this path Hicks condemned as “Orthodox” or “Evangelical,” and he advocated separating from their “worldly” company.

Hicks’ teachings impacted the entire Quaker community, both in the United States and abroad. In the 1820s, doctrinal differences between his admirers and his detractors exploded, and one yearly meeting after another split into Hicksite and Orthodox factions, one or the other removing to new quarters. The division among Friends would last over a century, until the reunification of the Baltimore Yearly Meeting in 1968.

Although Hicks’s impact was most direct among Quakers, his ministry excited the admiration of others as well, including the young Walt Whitman, whose family had Hicksite connections. In November 1829, when Whitman was ten years old, his parents took him to hear Hicks preach. Years later the poet would recall:

Elias taught throughout, as George Fox began it, or rather reiterated and verified it, the Platonic doctrine that the ideals of character, of justice, of religious action, whenever the highest is at stake, are to be conform’d to no outside doctrine of creeds, Bibles, legislative enactments, conventionalities, or even decorums, but are to follow the inward Deity-planted law of the emotional soul. … [Elias Hicks speaks] to the religion inside of man's very own nature. This he incessantly labors to kindle, nourish, educate, bring forward and strengthen. He is the most democratic of the religionists – the prophets. (Whitman, 129, 119)

While literary historians have long recognized the “Quaker strain” in Whitman’s writing, onehas made a persuasive case that it is Hicks in particular who molded the emotionalism, candor, democratic optimism, and celebration of the divine self that resound throughout Leaves of Grass. In his work, “Whitman represents this Hicksite Inner Light in great detail” (Cummings, 70).

This volume collects six wide-ranging and passionate speeches delivered extemporaneously at Nine Partners and elsewhere in Dutchess County in 1829 – the year Whitman heard him. To the texts of the sermons, the editor has added notes on Hicks’ delivery (“Here the speaker sat down, but directly arose and added as follows”) An early reader has marked passages in the first pertaining to the debased condition of drunkards and the temporal ambitions of priests. Locally printed, the volume is very rare -- Worldcat records only three copies (Swarthmore, Columbia, and Earlham); there is a fourth at the AAS. Those who scour Google Books and Hathi Trust in hopes of finding a digital copy will look in vain.

Farrer, William (1738-1826) A Journal of a Religious Visit to Germany &amp; Holland by William Farrer as Companion to David Sands in Company with Will... view details
$8,750
View details
add to wishlistADD TO YOUR BASKET