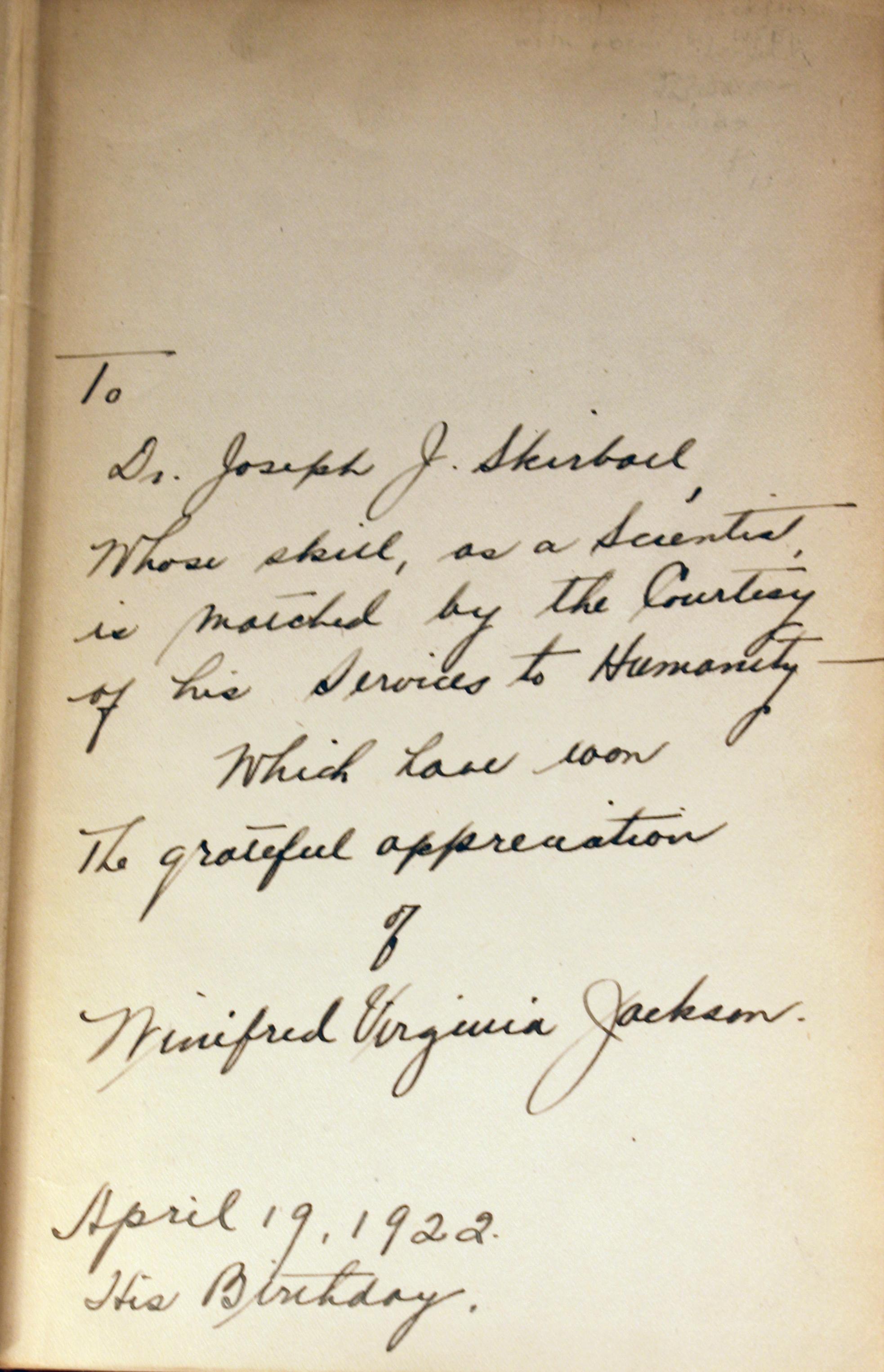 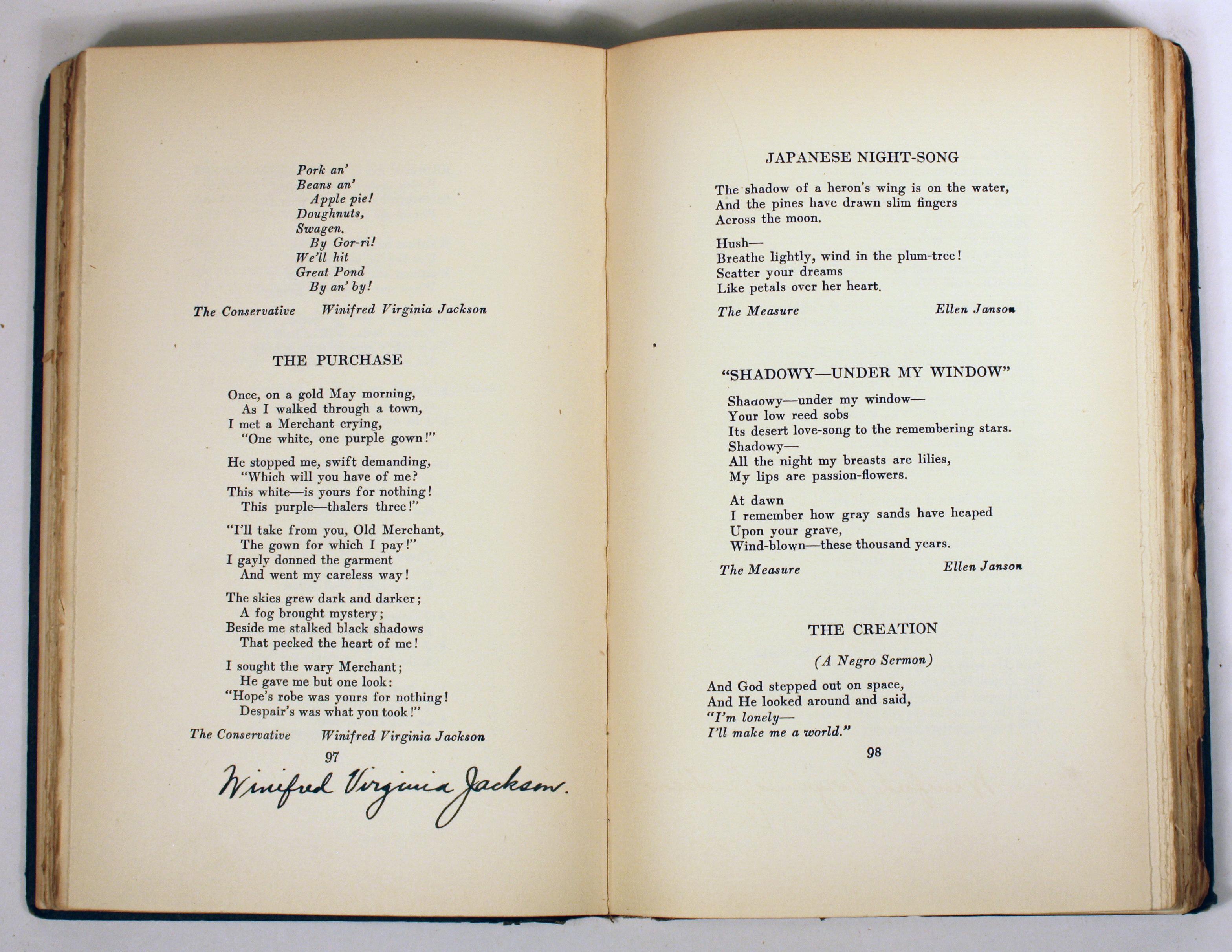 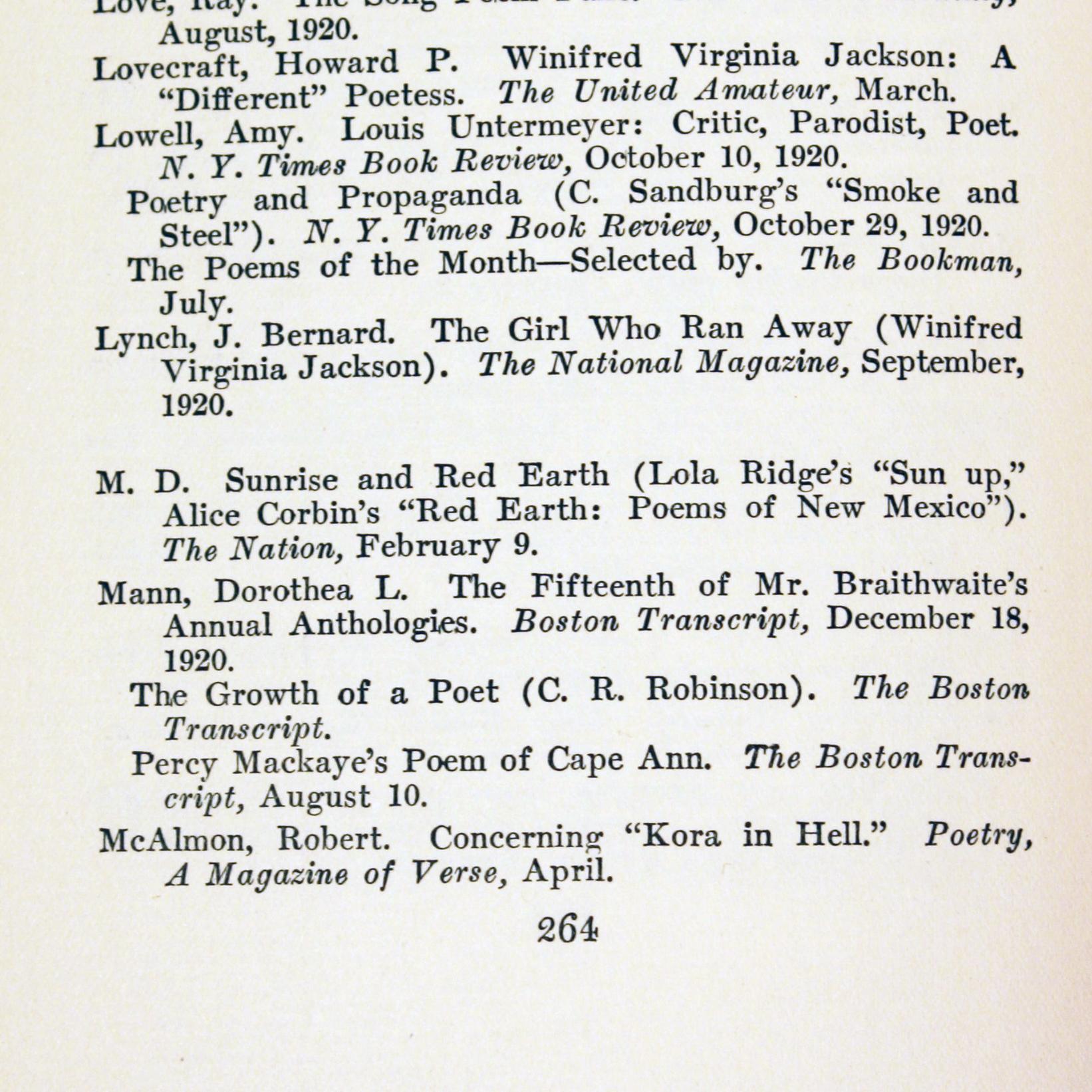 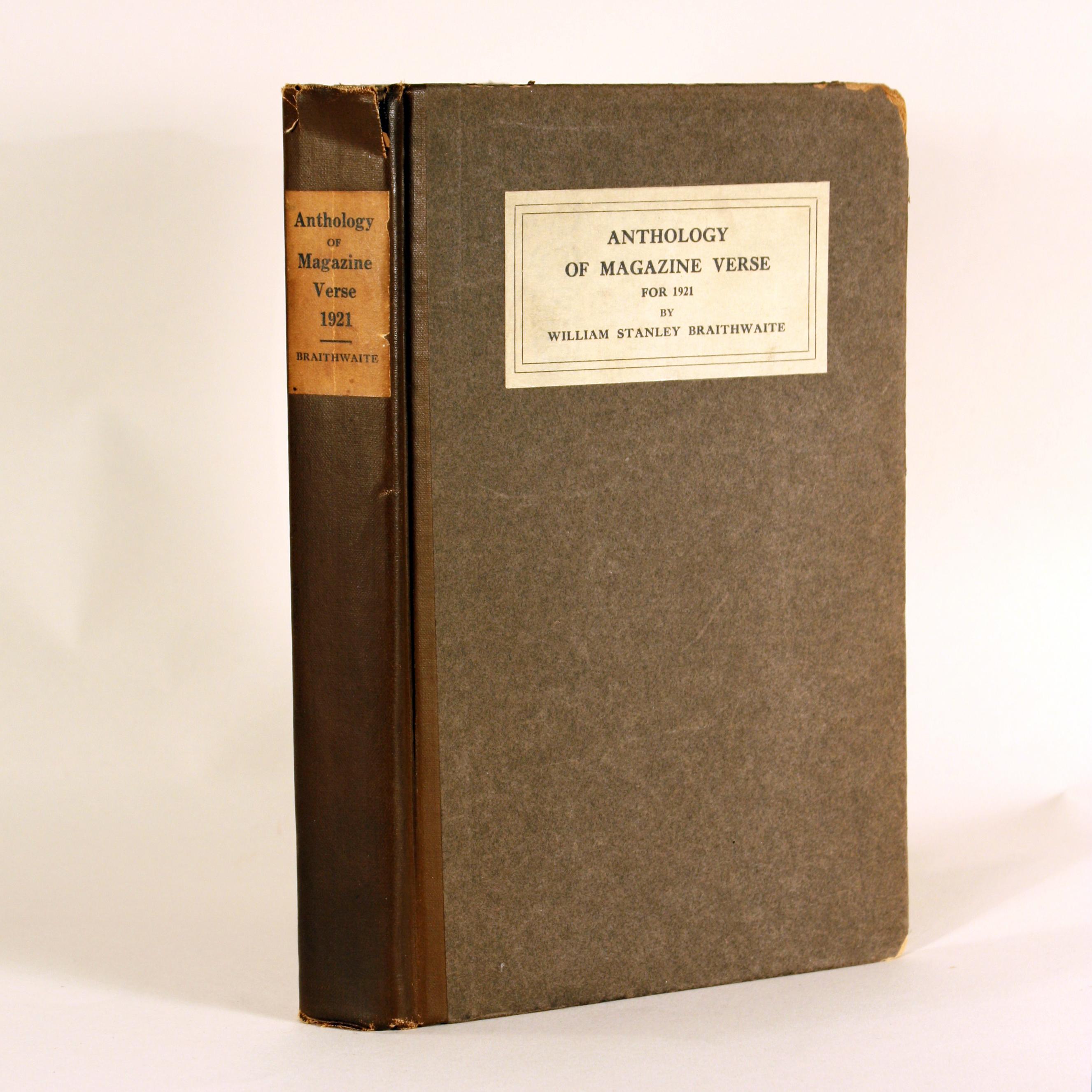 Braithwaite, William Stanley (1878-1962). "Del Cascar," manuscript poem in Anthology of Magazine Verse for 1921. Boston: Small, Maynard & Company, 1921. First edition. The book is also inscribed by Braithwaite's lover, Winifred Virginia Jackson (1876-1959), whose poems, all of which were published originally in a journal edited by H. P. Lovecraft (1890-1937), comprise twelve pages of the volume. Short tear to head of spine, wear to points: a very good copy.

A fascinating copy of the 1921 edition of the popular poetry annual edited by William Stanley Braithwaite, perhaps the most widely influential Black literary editor before Alain Locke, offering a glimpse into the complicated love triangle that connected H. P. Lovecraft -- a virulent racist -- with the Harlem Renaissance. The point of linkage was Winifred Virginia Jackson, a frequent contributor and patron of the amateur press who had been involved in close professional and romantic relations with both men.

Before we explore the complex dimensions of these relationships, it is worth highlighting what is perhaps the most exciting feature of this book. On the second blank of the volume, Braithwaite has written a fair copy of his much-anthologized poem “Del Cascar”:

Del Cascar, Del Cascar,
Stood upon a flaming star,
Stood, and let his feet hang down
Till in China the toes turned brown.

And he reached his fingers over
The rim of the sea, like sails from Dover,
And caught a Mandarin at prayer,
And tickled his nose in Orion’s hair.

The sun went down through crimson bars,
And left his blind face battered with stars—­
But the brown toes in China kept
Hot the tears Del Cascar wept. 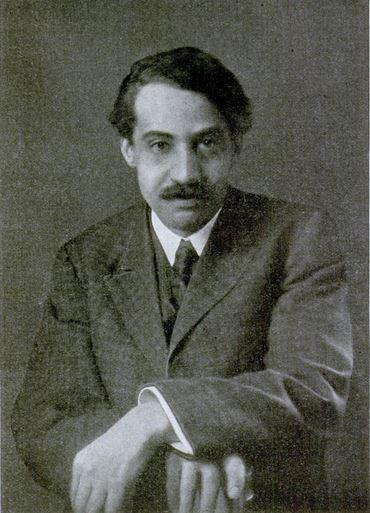 This manuscript predates the publication of Braithwaite's poem in both James Weldon Johnson's Book of American Negro Poetry (1922) and Fellowship Anthology of the New England Poetry Club (1922). It would be reprinted later in Clement Wood's Negro Songs (1924), Countee Cullen's Caroling Dusk (1927), Arthur Paul Davis and Jay Saunders Redding's Cavalcade (1971), and other collections of verse by African American authors. There is an undated typescript among the Braithwaite papers at the Schomberg library, but this is the only contemporary holograph copy of the poem that we have traced.

Braithwaite undoubtedly inscribed the poem to oblige Winifred Virginia Jackson, who has inscribed the volume at length on flyleaf. Jackson, a Boston resident who traced her ancestry to the Mayflower, was an intimate of H. P. Lovecraft’s from 1918 to 1921, and possibly even an amatory interest of his. Jackson and Lovecraft were highly active in amateur press circles, and edited journals together. They served together on the leadership of the United Amateur Press Association (UAPA). Under the pseudonyms “Elizabeth Neville Berkeley” and “Lewis Theobald, Jun.,” they collaborated on two stories, “The Green Meadow” (1918/1919) and “The Crawling Chaos” (1921), both reprinted in Beyond the Wall of Sleep. Lovecraft published a biographical sketch of Jackson in 1919 and an effusive appreciation of her work in 1921. His letter to her of 7 June 1921 reporting the death of his mother is reprinted in his Selected Letters. His poem, “On Receiving a Portraiture of Mrs. Berkley, ye Poetess” (1920), is an extended paean to her beauty, granting her "an exalted throne" above Athena, Venus, and the Muses, and proclaiming her "At once a poem and a poetess!" 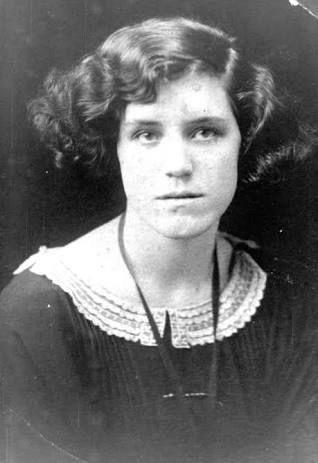 Whatever the precise nature of Jackson's relationship with Lovecraft, it is recorded that during the entire period of their association, Jackson was having an affair with William Stanley Braithwaite, the prominent African American editor whose Anthology of Magazine Verse, published annually from 1913 to 1929 and revived periodically thereafter, made him one of the most influential figures in American poetry. Given Lovecraft’s racial attitudes, Jackson must have found herself in the middle of a very complex triangle indeed. Indeed, Lovecraft was appallingly candid in his dislike of Braithwaite, whom he described in one particularly virulent letter as “a nigger -- a low-born, mongrel, semi-ape!” Continuing his diatribe, occasioned by Braithwaite’s receipt of the Spingarn Medal in 1918, Lovecraft seemed to take the editor’s racial identity as a personal betrayal. “To think of the years I have taken this nigger seriously, reading his critical dicta as though he were a Bostonian & a white man! I could kick myself!” 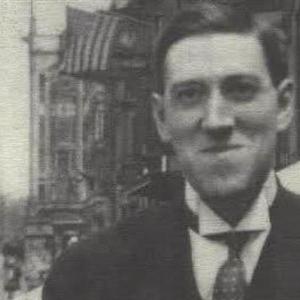 One presumes that Jackson kept her association with Braithwaite a secret from Lovecraft. She appears to have lost touch with HPL by the second half of 1921, and though this is generally credited to Lovecraft meeting Sonia Greene in July 1921, the publication of the present volume may have also been a contributing factor. The critic Gavin Callaghan suggests that it may have been Lovecraft's dismay at learning about Jackson's liaison with Braithwaite that led him to abandon in his own work the Arcadian themes that featured so prominently in her poetry, and their collaborations. Certainly, she moved away from Lovecraft’s orbit and ever deeper into Braithwaite’s. When the editor started his own imprint of B. J. Brimmer in 1922, Jackson would join him as a business partner. She bought the company during a period of financial difficulty, and kept it afloat until 1927.

Although most Lovecraft scholars have acted on the assumption that Jackson was white, it is possible that she was of mixed ancestry. Her first husband, Horace Jordan, whom she married in 1915, reportedly was African American. She contributed poems occasionally to The Crisis, edited by W. E. B. Du Bois. A self-published volume by William Henry Harrison, Jr., Colored Girls and Boys’ Inspiring United States History, and A Heart to Heart Talk About White Folks (1921), intended to promote racial pride, includes Jackson (under her married name of Winifred Virginia Jordan) in a list of “Colored verse writers whose poems frequently appear in leading magazines” (p. 183).

The present volume contains seven poems by Jackson (pp. 85-97), all of which are reprinted from The Conservative, a journal edited by Lovecraft to which she was a frequent contributor. The book also includes a brief bibliography of her work (p. 230). The index of critical work notes Lovecraft’s glowing tribute in The United Amateur, “Winifred Virginia Jackson: A ‘Different’ Poetess” (p. 264). The volume also contains a ghost story in verse by John Kendrick Bangs, as well as poems by James Weldon Johnson, Robert Frost, H. D., Wallace Stevens, and Lola Ridge. While the bibliography of the year’s verse catalogues a poem by Hart Crane, he did not make the cut. (Crane's “Praise for an Urn” was selected for the 1922 anthology, an honor in which he took immense pride.)

Jackson has autographed the book at the conclusion of her selection on page 97, and inscribed the volume at  length on the flyleaf. The recipient, Dr. Joseph J. Skirball, was a prominent ophthalmic surgeon who was also active in spiritualist circles – the physical tests of the medium Margery that he conducted in 1931 were reported in the journal of the American Society for Psychical Research. It is perhaps to this latter pursuit that Jackson (who claimed in a 1921 article in the Boston Sunday Post that her poetry was dictated by spirits) refers when she commends Skirball’s “Services to Humanity.”

A fascinating artifact of a complex romantic and literary network.