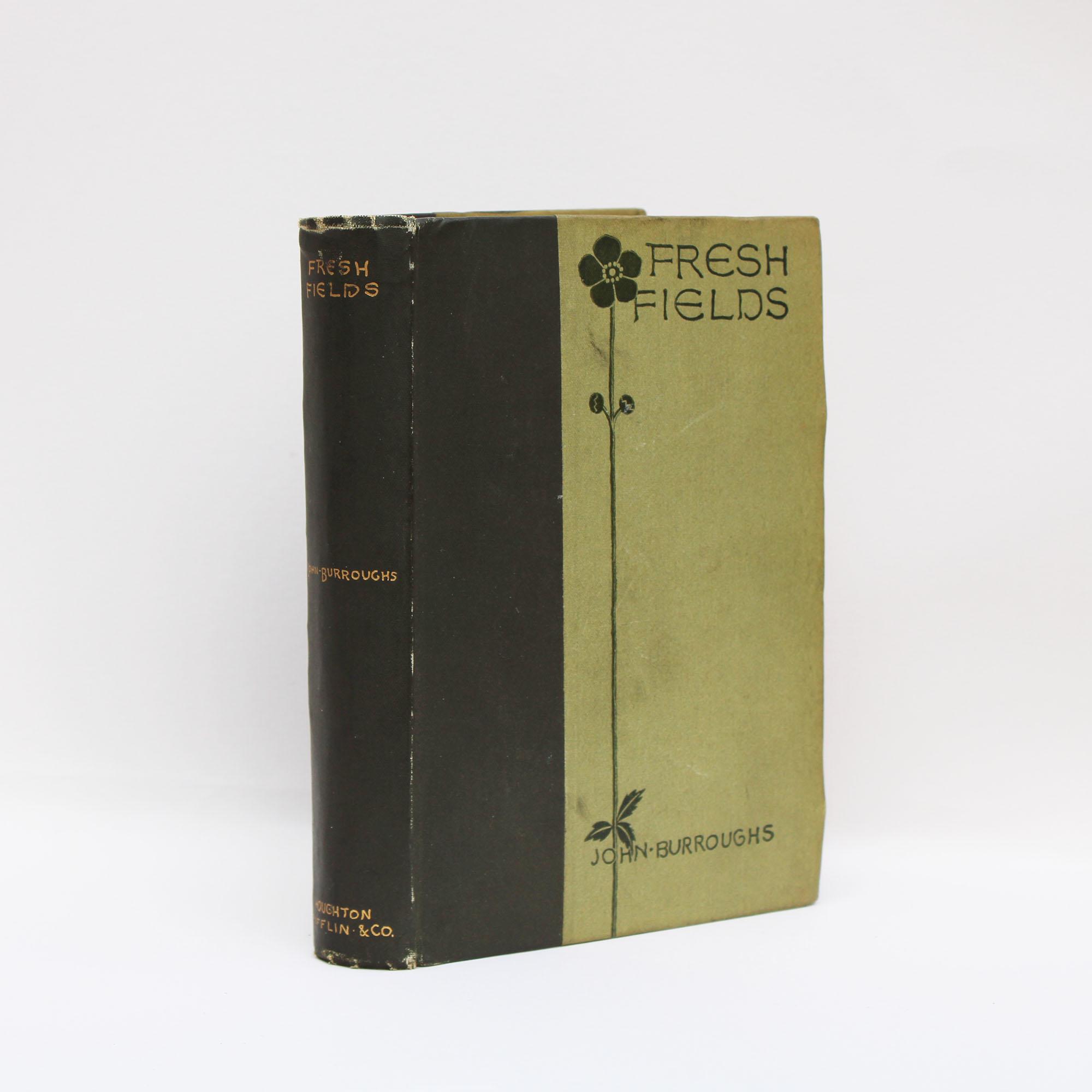 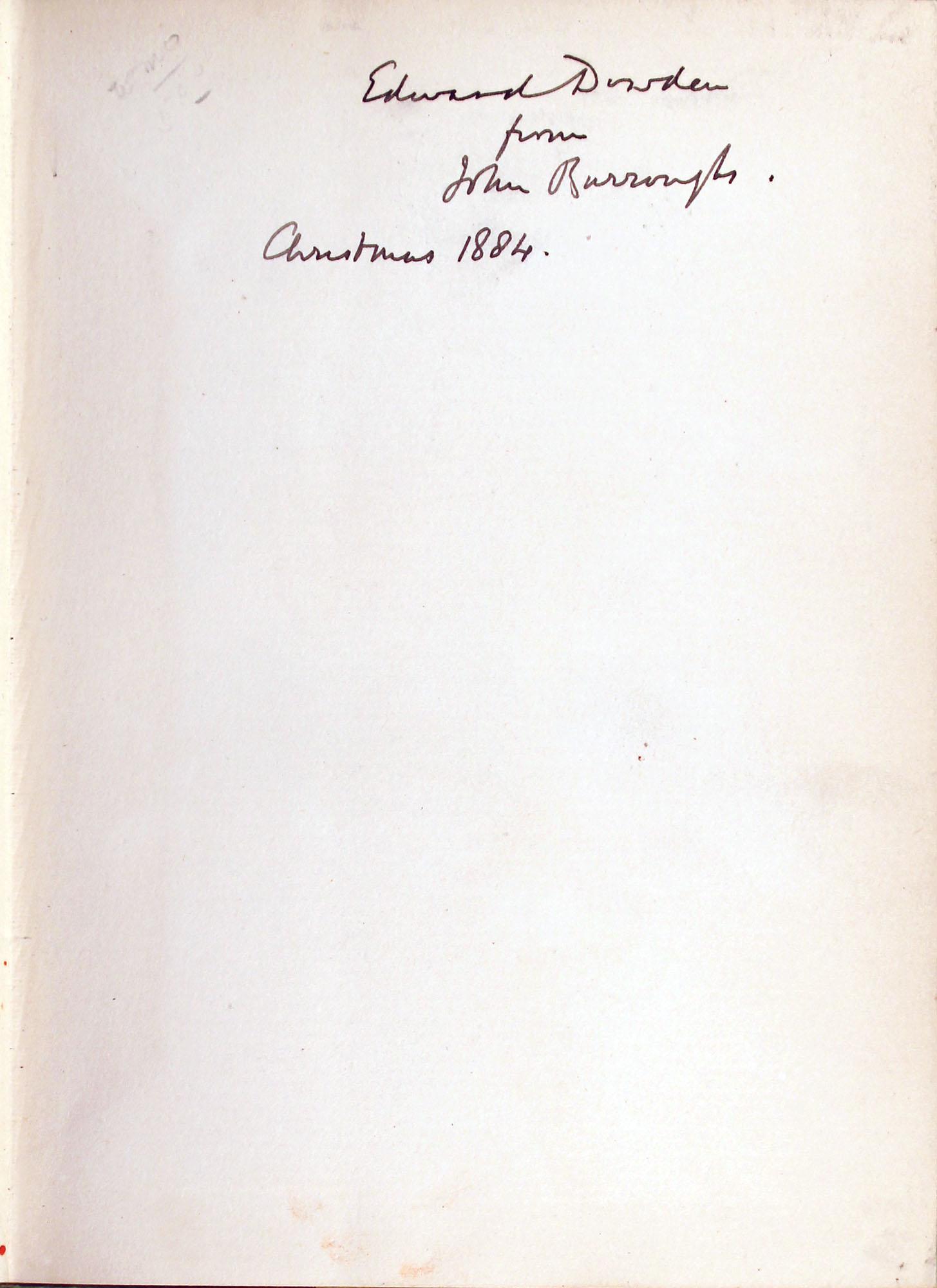 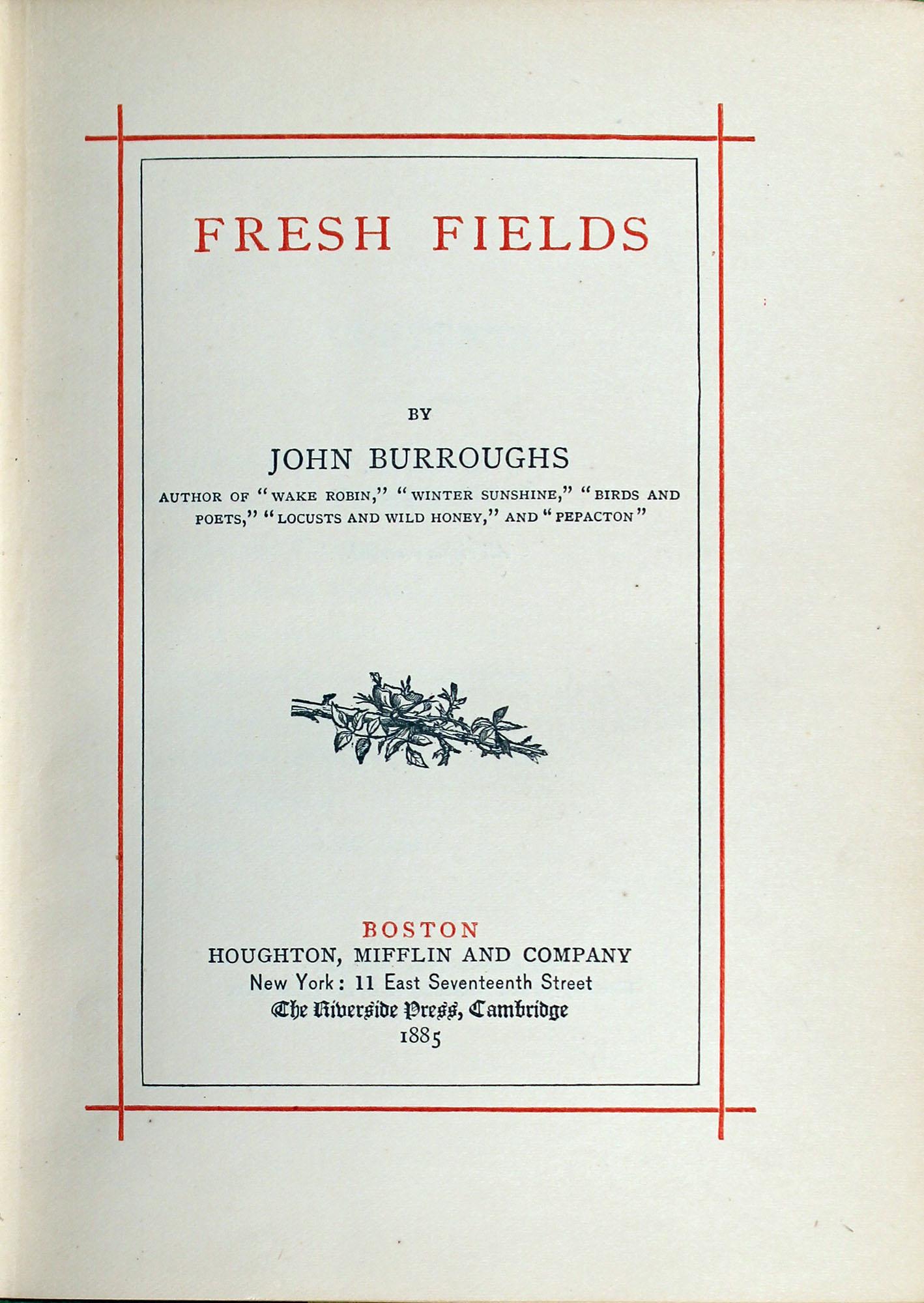 A young professor of literature and oratory at Trinity College, Dublin, Dowden had sought out Whitman in 1869. The two became correspondents, and Dowden published a long appreciation of the poet in the Westminister Review, and strove to keep his name before the public by writing reviews of works by and on Whitman.  "Always the faithful Dowden!" Whitman responded, "It is a good hand across the sea." The critic never strayed from his devotion, writing as late as 1907 of "my loyalty to Walt."

In September 1871, Whitman sent a letter introducing Dowden to Burroughs, "a very valued friend of mine." The naturalist and the professor became friends. In December 1871, Dowden rhapsodized on Burroughs's Wake Robin, which he said offered "a sense of life and growth and secret nourishment."  In 1876 he wrote in praise of Burroughs's book Winter Sunshine: "What you write posses a portion of the power to 'free, arouse, dilate,' which Nature has." In 1882, Dowden wrote the naturalist of his longing "to cross to New York -- hold hands with Whitman, and see you and your wife, and your house by the Hudson."

Dowden's significance as a member of the circle around Whitman and Burroughs is magnified by the impact he had on a generation of Irish writers. As a leading literary figure at Trinity College, Dowden played an important role on the intellectual development of such writers as Oscar Wilde, W. B. Yeats, and James Joyce. Shortly before Burroughs presented him with this volume, Dowden received some verses by W. B Yeats sent to him by the poet's father, John Butler Yeats -- Dowden and the elder Yeats were friends. The critic encouraged W. B. Yeats's youthful efforts, and the latter considered him "an image of romance" and  "a sage."  But the younger Yeats later broke bitterly with Dowden when he declined to endorse the Irish literary revival. Joyce must have read Dowden while a student at University College in Dublin. He alluded to Dowden's interpretation of Shakespeare in several points in Ulysses, particularly in the "Scylla and Charbydis" chapter.

Perhaps most intriguing in terms of Dowden's role as a conduit of the spirit of Whitman and Burroughs to Irish literature is his impact on Oscar Wilde, who was a student at Trinity between 1871 and 1874, and whose mother likely hosted Dowden at her literary salons. In his essay "The Soul of Man Under Socialism" (1891), Wilde drew heavily from Dowden's essay "The Interpretation of Literature" (1886), which in turn gave expression to the expansive credo of Whitman and Burroughs. "Literature," Downing had written,

is a revelation of the widening possibilities of human life, of finer modes of feeling, dawning hopes, new horizons of thought, a broadening faith and unimagined ideals. Moreover, every great original writer brings into the world an absolutely new thing -- his own personality, with its unique mode of envisaging life and nature; and in each of us he creates a new thing -- a new nerve of feeling or a new organ of thought; a new conception of life, or a new thrill of emotion. ... Let us remember that a chief function of the poet is to free, to arouse, to dilate the consciousness of his reader.

This volume inscribed by America's most Whitmanesque naturalist represents a fascinating link in this underappreciated transatlantic network of literary ideals.