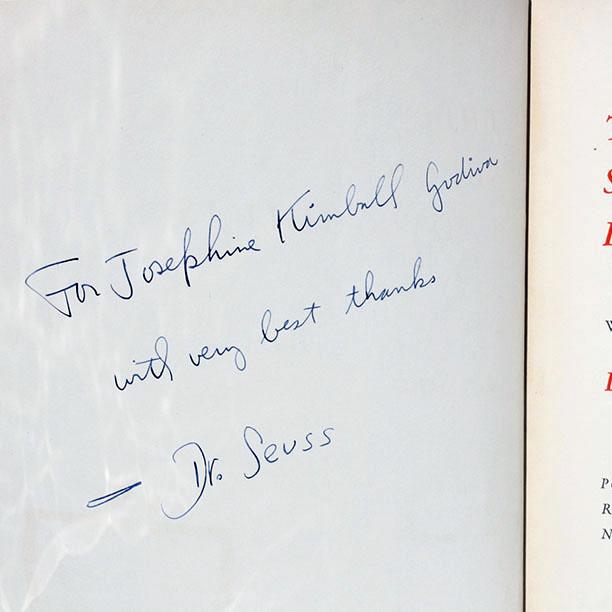 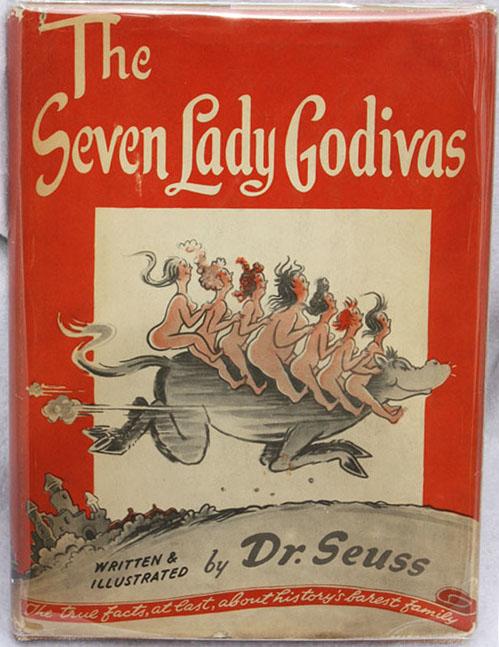 Inscribed by the author: “To Josephine Kimball Godiva, with very best thanks, Dr. Seuss.” A wonderful association.  In 1929, Josephine Dodge Kimball, a graduate of Miss Chapin’s School and Bryn Mawr, founded Young Books, a shop on Madison Avenue, with her former classmate Joan Whitney Payson.  Both women were from prominent families, a fact that delighted the press. “Society Women Plan Children’s Bookshop,” ran the headline in the New York Times, and similar notices ran in the pages of Life and the Saturday Review of Literature.

Young Books was the first bookshop to specialize in children’s literature. Kimball’s connections brought the store instant fame. In 1931, Time reported that a manuscript by Einstein was presented to Yale University amid great ceremony at Young Books, with Kimball, Payson, and the physicist in attendance. But the shop quickly rose above the celebrity of its proprietors. Kimball’s judiciously selected stock of books, art, and toys were often featured in the “On and Off the Avenue” shopping column in the New Yorker. In 1929, the store supplemented its literary offerings with “nursery trifles, [and] a circulating library for children.” By 1944, the store had expanded to include a gallery, a rare book room, an adult book department, and a mail-order business that sent catalogues to 25,000 customers. 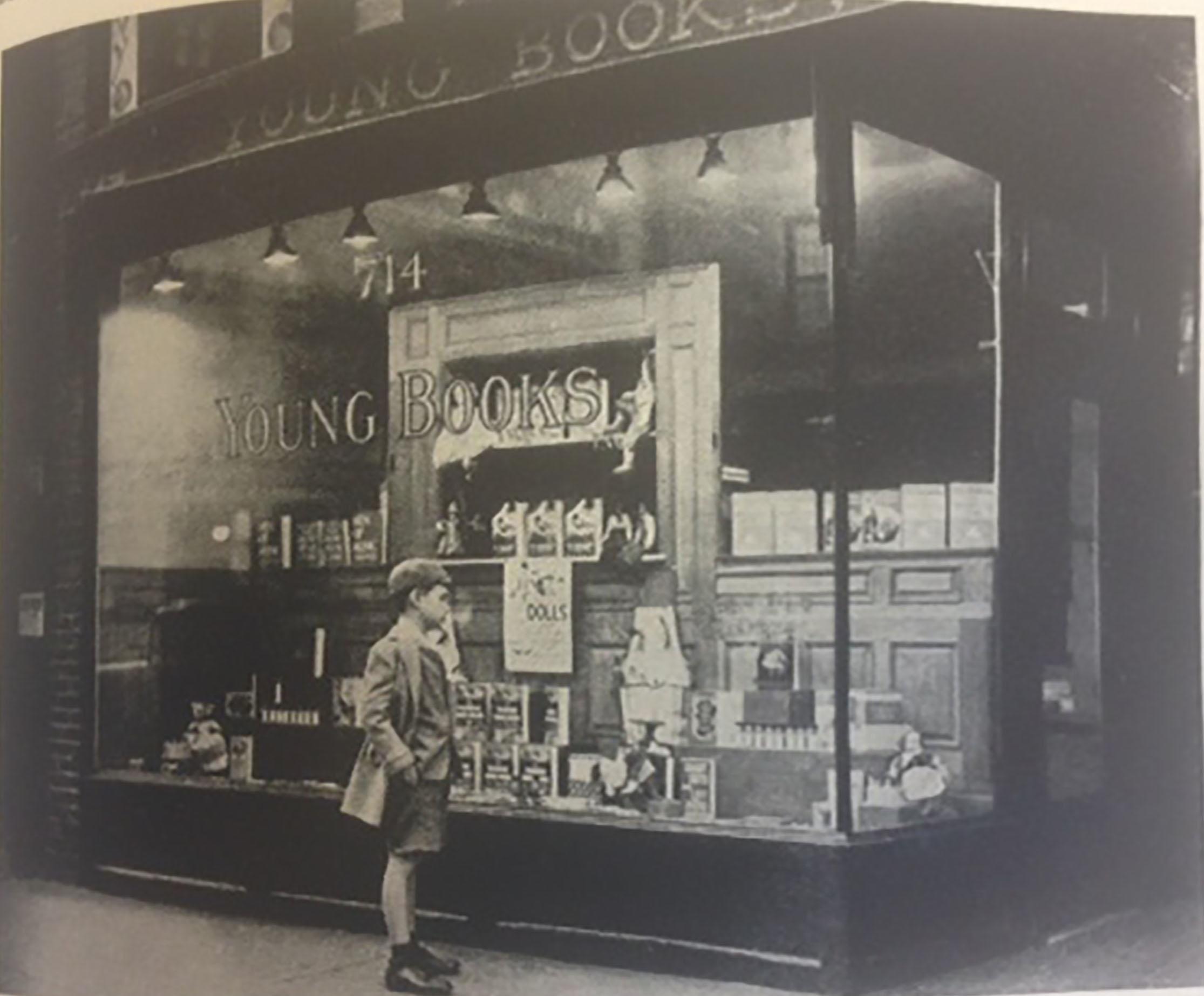 Kimball enjoyed a prominent position in literary circles, serving as an officer of the American Bookseller’s Association and sitting on prize committees; she was one of only two women on the board of Armed Services Editions.  She also contributed reviews of children’s books to magazines such as Harper’s and Scribner’s.  In this capacity, she gave an important boost to Dr. Seuss’s first book, And to Think That I Saw It on Mulberry Street.  In a column on Christmas gift books for the December 1937 Scribners Magazine, Kimball singled out his “delicious exposé of a small boy’s tall tale” for special praise as “a most unusual and amusing contribution to juvenilia which will be thoroughly appreciated by adults.”

The publication of The Seven Lady Godivas coincided with the tenth anniversary of Young Books.  Kimball celebrated both with a cocktail party for 150 people on October 18th (the occasion, no doubt, for the presentation of this copy). The guests of honor included Geisel, Ludwig Bemelmans, and Clement Hurd. Original drawings by each were hung, and their new books displayed in the shop windows. Noting that Seuss’s art featuring “hi­story’s barest family” was prominently featured at the affair, Publisher’s Weekly remarked, “it was not a children’s cocktail party.”

Regrettably, not even the enthusiastic support of Josephine Kimball could save The Seven Lady Godivas. In his 1960 profile on Seuss for the New Yorker, E. J. Kahn summed it up: “Geisel has produced only one book … that was aimed at an unequivocally grownup audience. It was an unequivocal flop.” That his publishers were chary about the project is indicated by the warning on the dustwrapper flap.  Identifying Seuss as “the author of two tremendously successful juveniles,” the publishers noted that this one “belongs in a very different category.” Which category, however?  The book was neither the red fish of children’s literature, nor the fowl of erotica. Seuss acknowledged the risk taken by his editor by a detail in the endpaper illustration:  nailed to the Godiva family tree is a small bucket of sap labelled “Bennett Cerf.” Random House limited investment in the book by printing only 10,000 copies (by contrast, the initial print run on his first book was 15,000 copies).  Only 2500 sold, and the book fell out of print and into obscurity for almost 50 years. In conversation with Kahn, Geisel reflected, “I think maybe it all went to prove that I don’t know anything about adults.”

$0
$0
Earn 0Reward points
Send This To a Friend