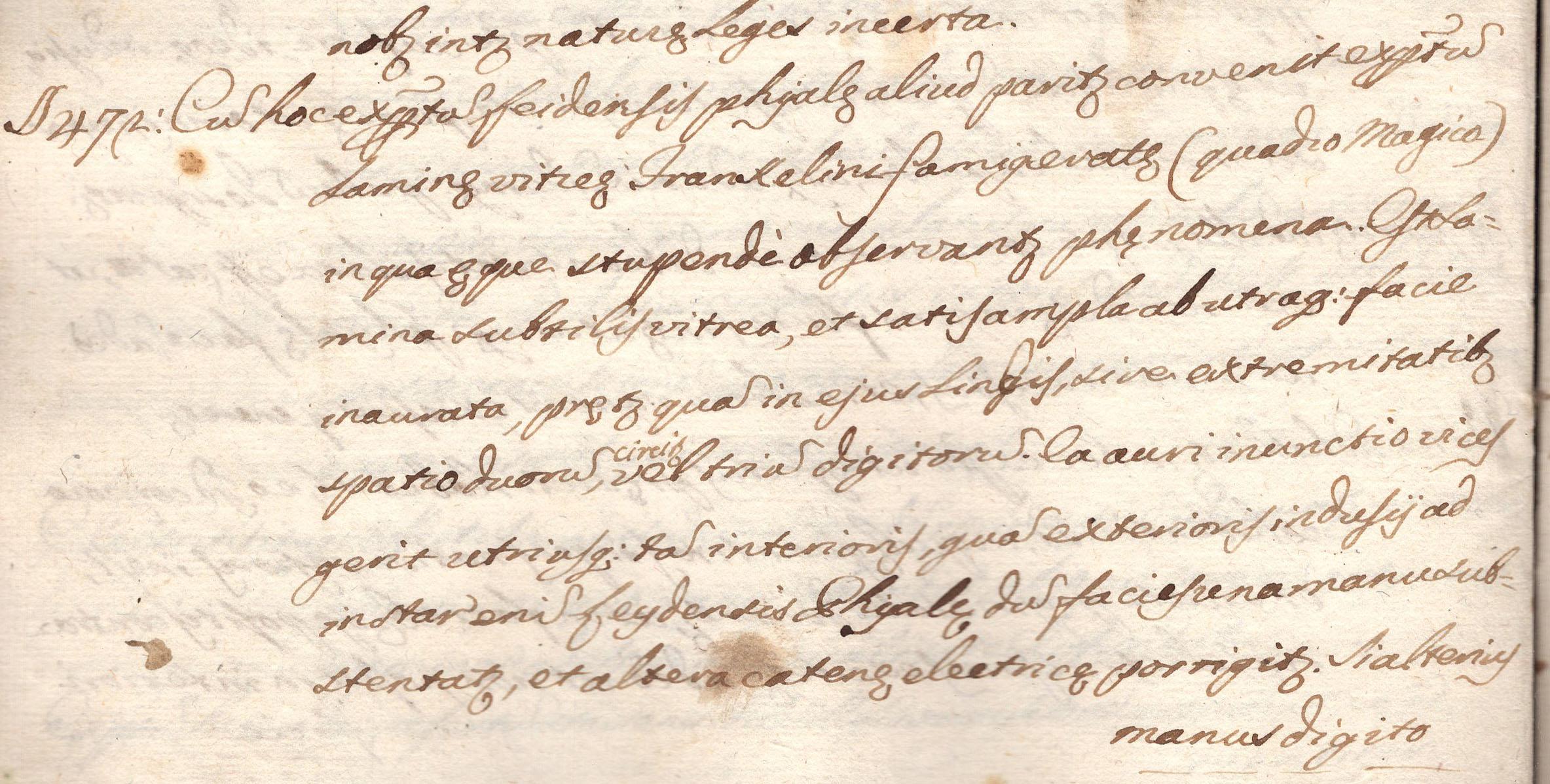 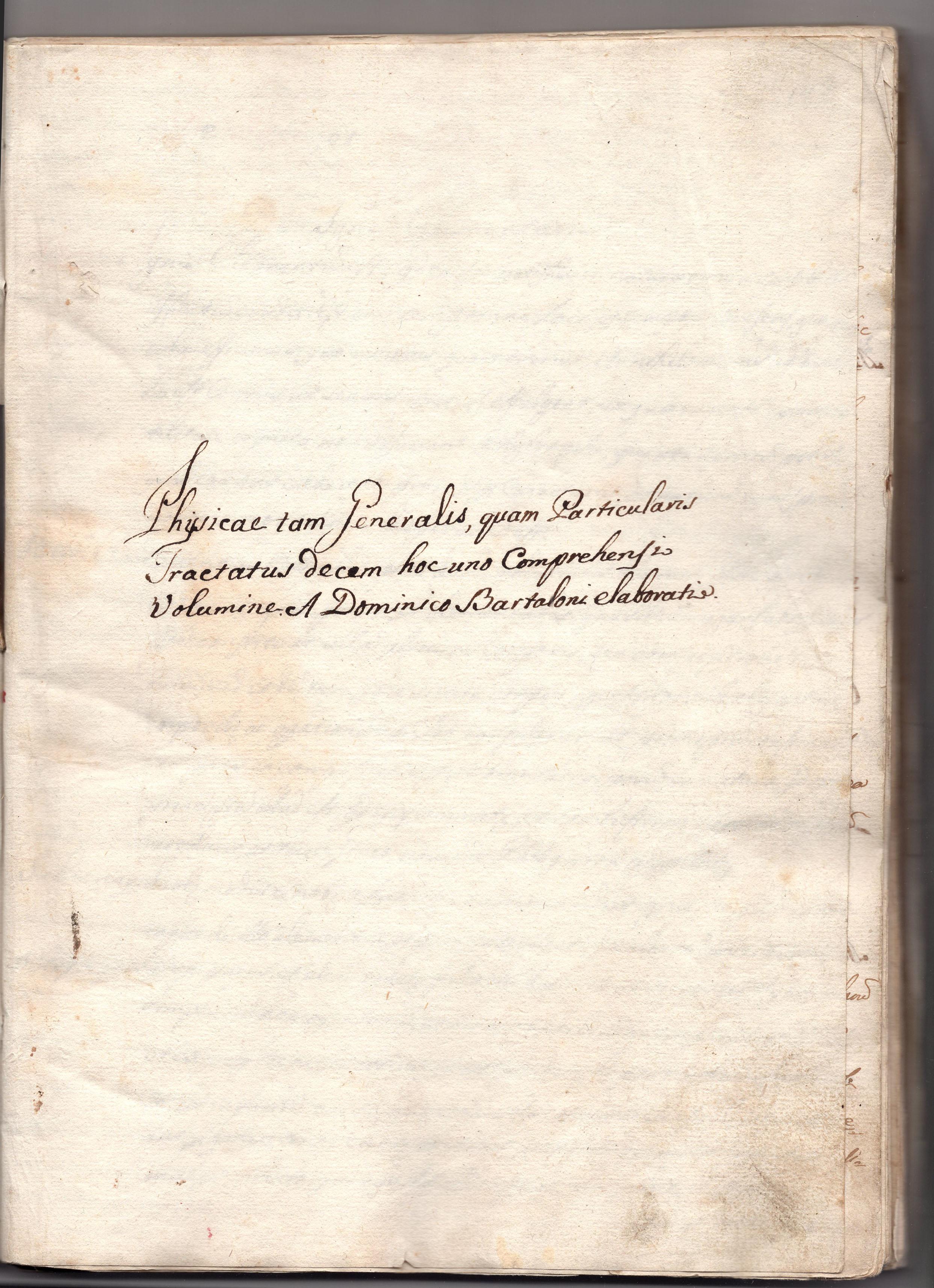 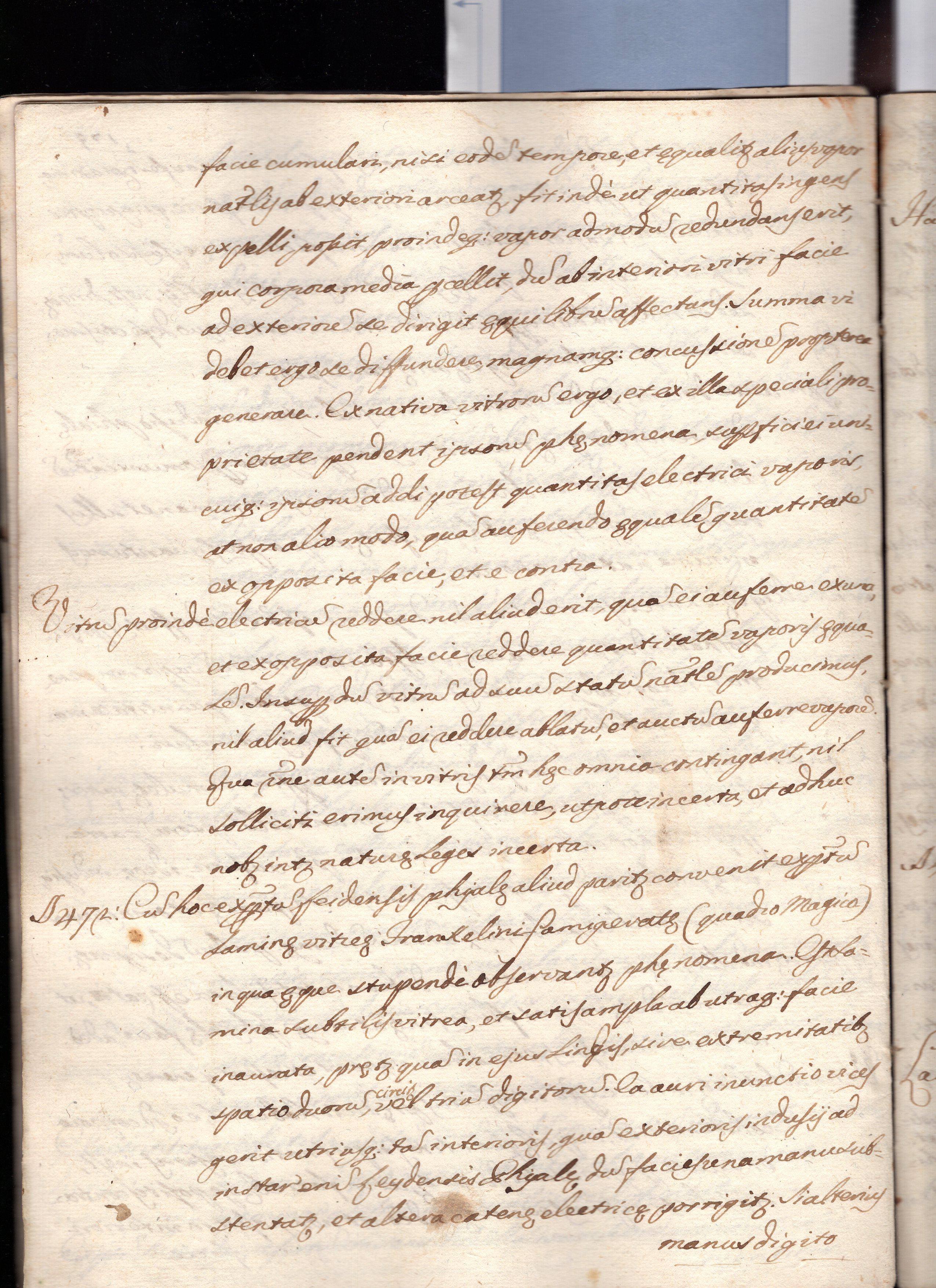 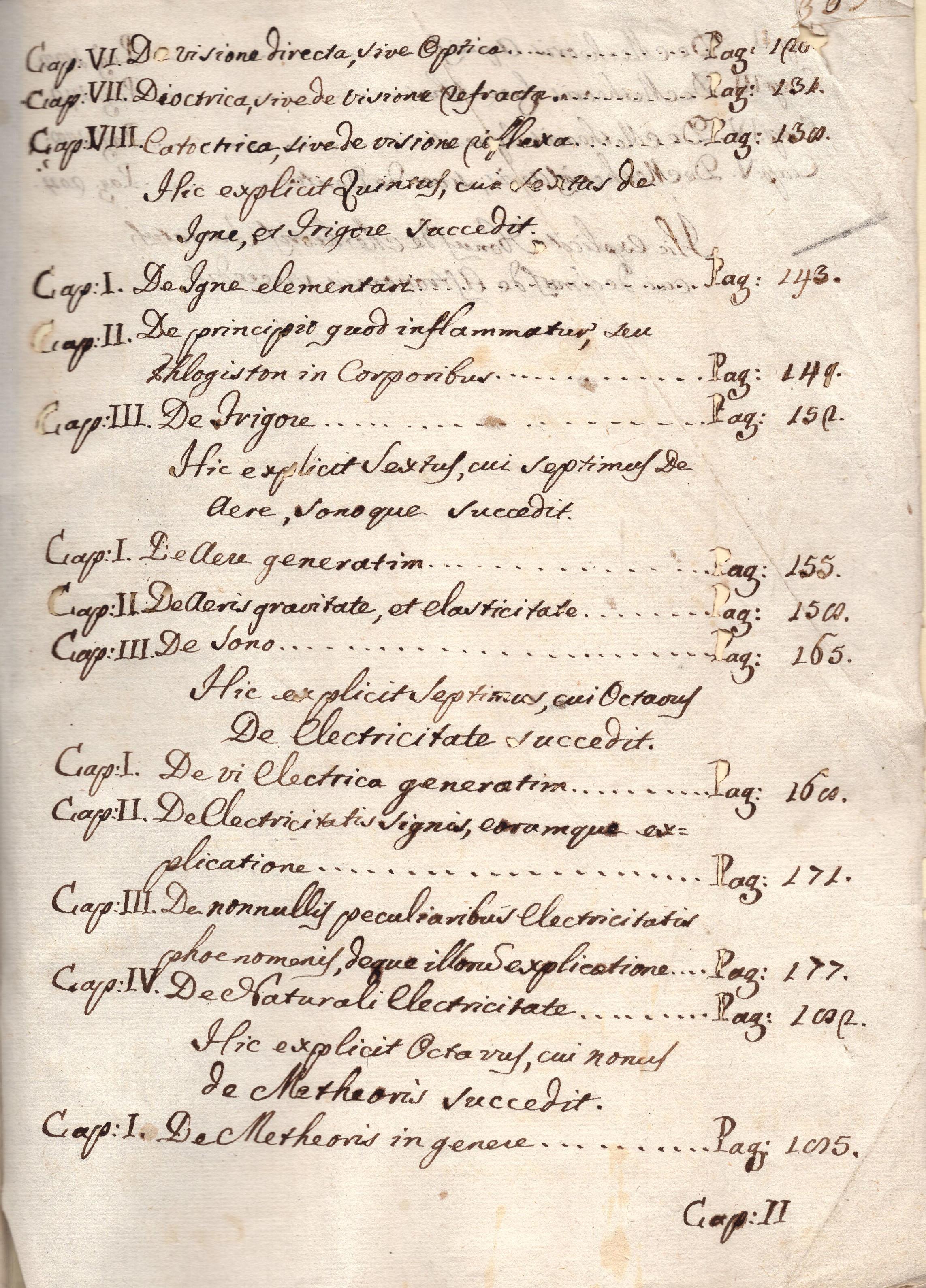 Born in Roccastrada, Bartaloni was professor of physics at the University of Siena, and secretary of the Academy of Siena, and corresponded with the leading scientists of his day, including Linnaeus. He began his career in Naples, where he published Meccanica sublime dimostrata coll'algebra (1765), one of the earliest treatises on analytical mechanics. (A review of the book in Novelle Letterarie pubblicate in Firenze [1766] refers to him as “nostro Senese dimorante in Napoli”).  In 1769, he accepted a position at the University of Siena, and membership in the Accademia dei Fisiocritici, which he would serve as secretary. In the 1770s, he published several essays on volcanology in the Atti dell’Accademia delle scienze di Siena, with special reference to Vesuvius, and articles on the use of lightning rods to protect buildings from damage by lightning – an innovation he credited to Benjamin Franklin. The conductor he installed in 1776 in the Torre del Mangia stood until 1996, when it was replaced by a modern lightning security system. His later years were concerned with civil engineering projects, including the Ponti Grandiosi of Siena, which he designed with Florenzio Razzi. In addition to his scientific works, Bartaloni also wrote a history of Roccastada in 1769, not published until 1875. In the Italian city of Empoli, via Domenico Bartaloni intersects via Galileo Galeli.

The present manuscript represents an unpublished work by Bartaloni, a system of physics divided into ten books. From internal evidence we believe that this work was most likely written between the completion of Meccanica sublime in 1765 but before his appointment in Siena, and certainly before his work on volcanology, since this subject is not addressed in the manuscript. It was evidently intended as a sequel of sorts to Meccanica sublime, and is organized according to an analogously rigorous system, with 688 numbered sections.

Whereas he wrote his first book in Italian, limiting its circulation, Bartaloni wrote this work in Latin, presumably to reach a wider audience. The manuscript appears to be written in two hands, one more easily legible than the other: it is possible that one hand is the author’s and the other a copyist’s, representing different stages of composition and revision. The spelling is inconsistent (Frankelin vs. Franklin, Metehoris vs. meteoris, etc.), and there are periodic corrections throughout.

This is the second half of the work, representing books 6 to 10. The final pages (leaves number 266 and 267) comprises an incomplete index to the entire work.  Bartaloni seems to have compiled the index after completing book 9 (on meteorology), since it does not list the contents of book 10 (on astronomy), which is very lengthy – almost twice as long most of the previous chapters. Perhaps it was at this point that he realized that he needed to break book 10 into more manageable parts. At any rate, it was here that he appears to have abandoned the project.

The missing first half of the work treated matter, motion, gravity, fluids, and light. Although this loss is certainly unfortunate, it is not as serious as it might be. It is very likely that what Bartaloni offered in the first half of the book was drawn largely from other authors, though his writing on fluids would have been very interesting in the light of his work designing fountains and irrigation systems. The second half – the present manuscript – is by far the more important, drawing upon Bartaloni’s own contributions to the fields in which he was most vigorously engaged.

Book 6 treats fire, including “igne elementari,” phlogiston, and cold (representing the absence of fire). Book 7 treats air and sound.  Bartaloni devotes book 8, the second longest in the book, to the new science of electricity, drawing heavily on the work of his colleague Giovanni Battista Beccaria (1716-1781), a professor in at the University of Turin who published Dell’ Elettricismo naturale ed artificiale in 1753, and discussing Benjamin Franklin’s experiments at length, describing him in lavishly fulsome terms.  Franklin and Beccaria return in in Book 9, on meteorology, particularly in Chapter IV (De Meteoris igneis), which addresses lightning in its various states (fulmine and fulgur).

Book 10 is on astronomy. It is by far the longest in the book, covering over 100 pages of text, and comprising almost half of the present manuscript. Had the manuscript been published, the work would have been even longer, as there are notes for tables and figures that are not present here. Bartaloni’s catalogue of the planets stops at Saturn (another clue to dating this before 1781). The first chapter addresses the doctrine of the spheres, systematizing the relationship between the earth and the heavens, and advancing the author’s hypotheses regarding diurnal motion. The second is devoted entirely to Copernican theory.

Chapter three treats the motion of the earth and its effects. A short chapter four focuses on the inner planet, and a long chapter five tracks planetary motion. The moon is the subject of chapter six, with chapter seven being a study of eclipses.  Chapter eight considers the dynamics of planetary motion in the light of gravitational theory, a discussion extended in the final section, which offers a lengthy analysis of the effect of the moon on the tides.

The work concludes with an invocation to the Prime Mover (“Omnia ad majorem Omnipotentis Dei honorem, Laudem, gloriamque facta sunt”) clearly appended later, perhaps to atone for the absence of pious overtures elsewhere in the work.

An important artifact of the scientific revolution in Italy, and an intriguing testament to Franklin’s scientific reception in Europe.