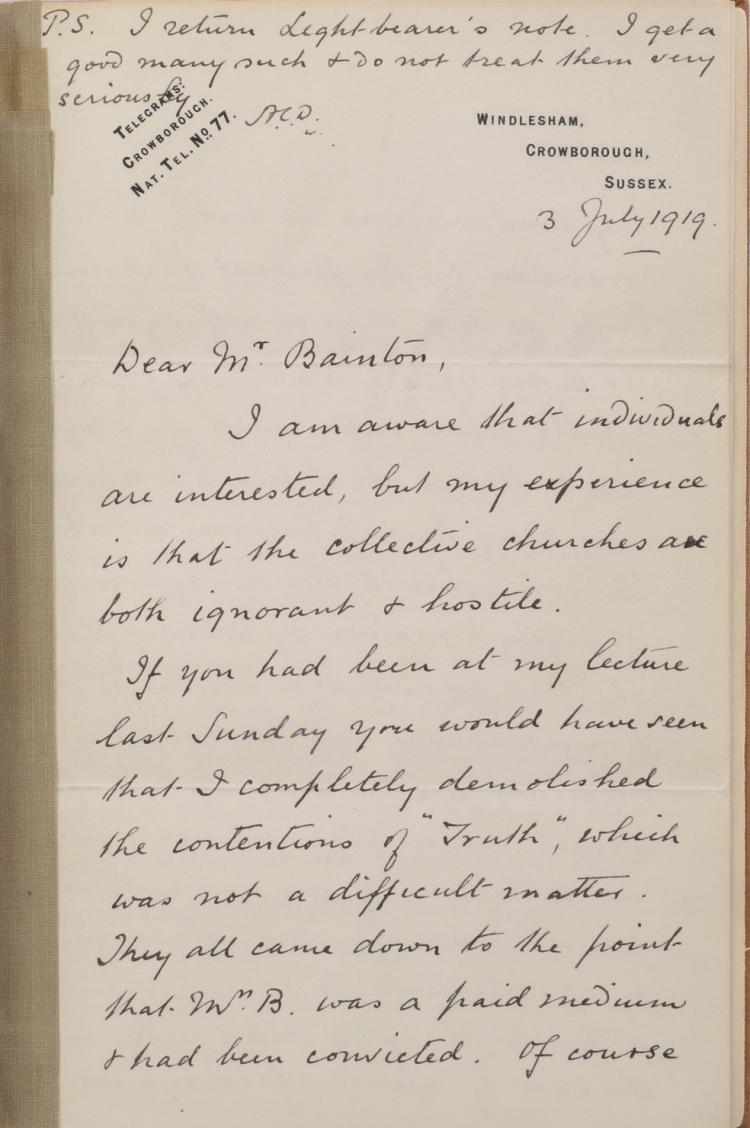 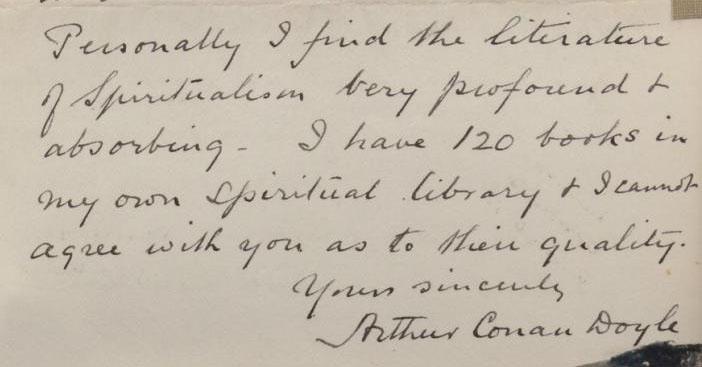 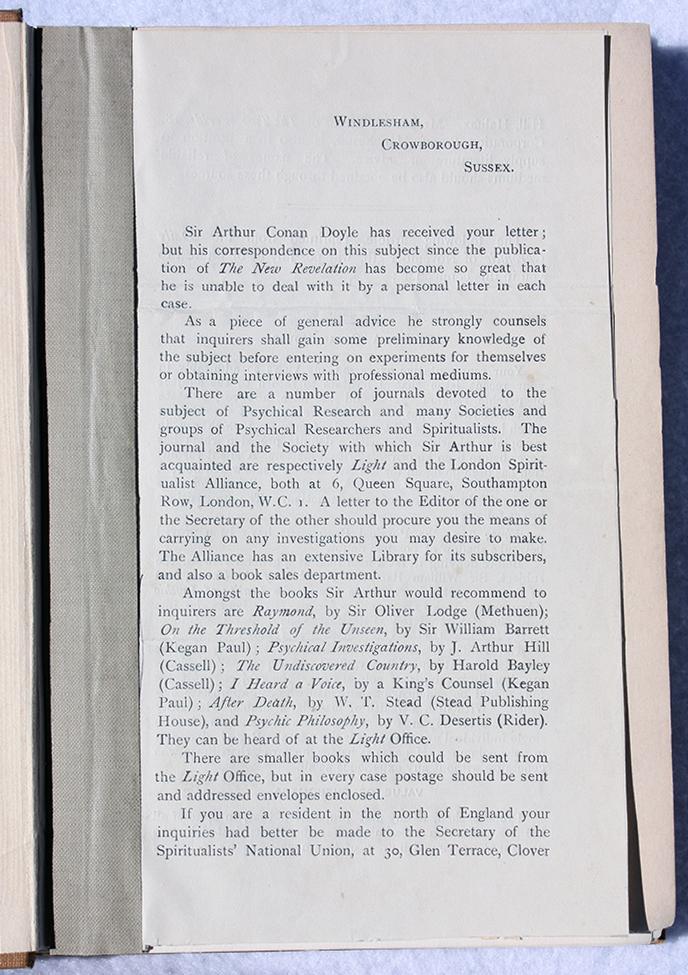 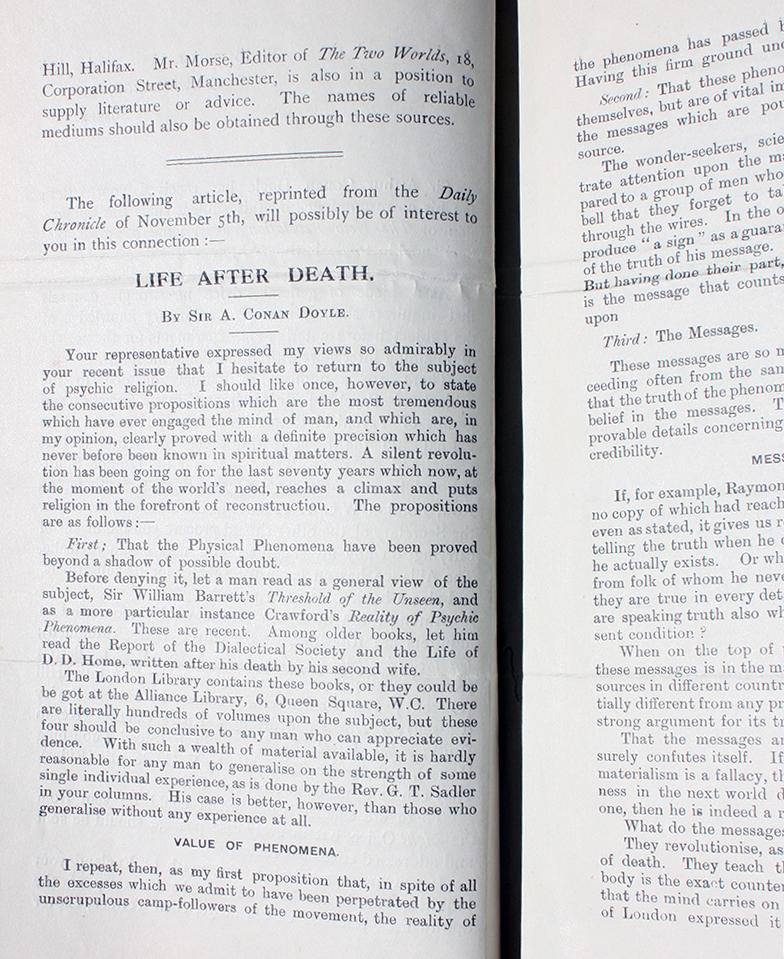 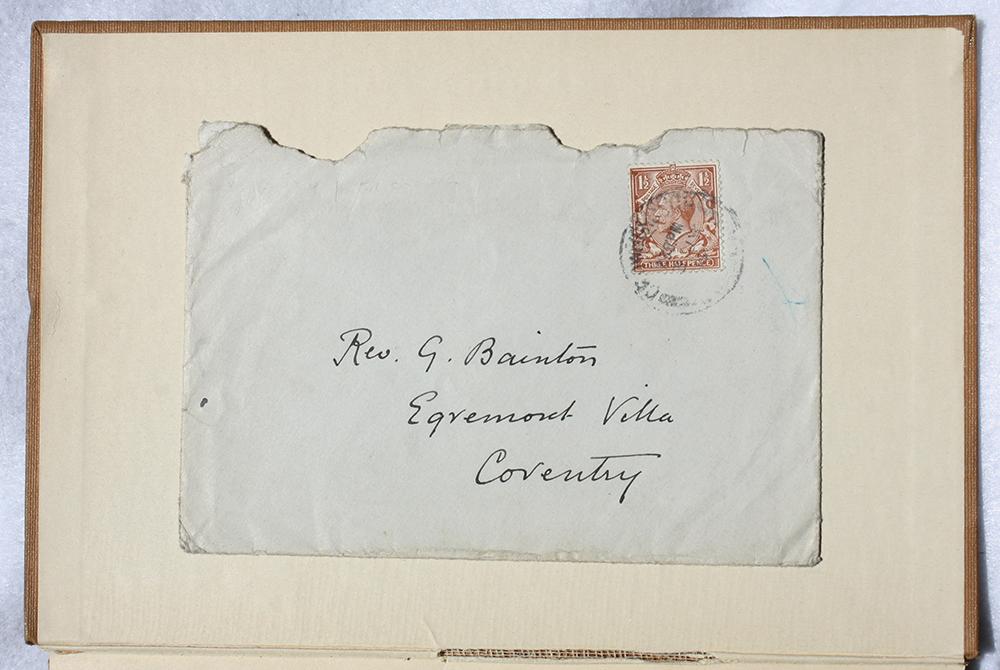 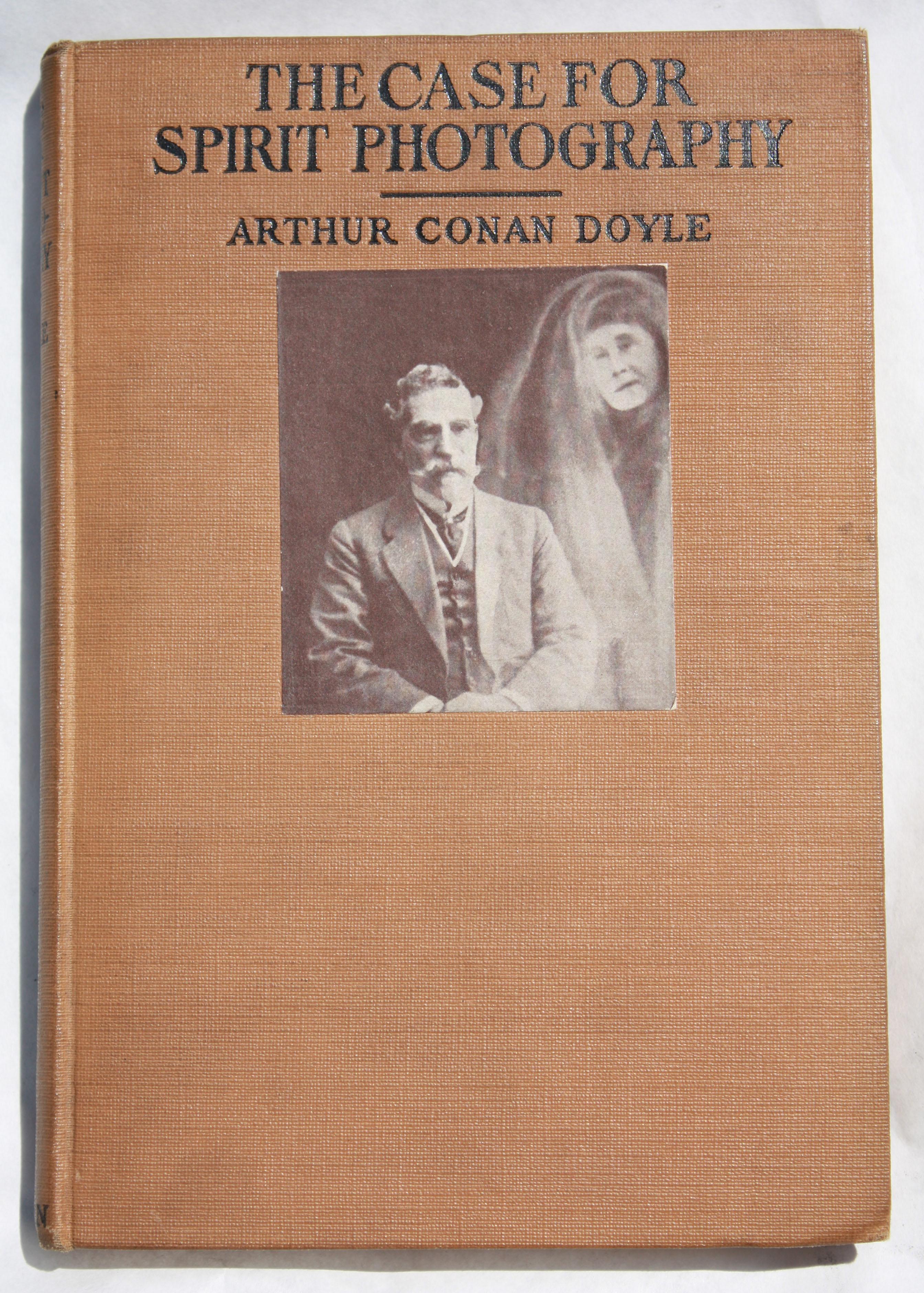 The Case for Spirit Photography is one of the most quixotic of Doyle’s major publications. The book was written in response to a charge of fraud leveled by skeptic Harry Price against a group of spiritualists in Crewe centered on the mediumship of William Hope and Mrs. Buxton, who allegedly were able to cause by psychic means likenesses of the deceased to appear in photographic plates. Price, a stage magician and a debunker, invited the pair to demonstrate their powers in February 1922, and swiftly exposed the humbug, publishing the results in the Journal of the Society for Psychical Research. Outraged, Doyle defended Hope and Buxton and lambasted both Price and the SPR, accusing them of conspiracy and deception with intent to destroy the reputation of an honorable man.  The book was published in wrappers by Hutchinson in December 1922, and issued in hardcover in the United States in January 1923.

The introduction is by Fred Barlow, who served as the secretary of Society for the Study of Supernormal Pictures (SSSP), an assemblage of some of the most credulous minds of England, “I do not see how we can possibly get away from the fact that many of these photographic effects are produced by discarnate intelligences,” he wrote. By the time the book was issued, Doyle had spent several years defending the Crewe circle.  He mentions Hope and Buxton first in The Vital Message (1919), which was originally serialized in Hearst's International from March to November 1919.

Tipped in to the first American edition of The Case for Spirit Photography is Doyle’s lengthy and intemperate letter to the Reverend George Bainton (1847-1925). Bainton was a Congregationalist minister in Coventry, and the author of several works, including The Art of Authorship: Literary Reminiscences, Methods of Work, and Advice to Young Beginners, Personally Contributed by Leading Authors of the Day (1890). In addition to Doyle, he corresponded also with Grieg, Tchaikovsky, Rimsky-Korsakov, William Morris, and Thomas Hardy.

Bainton has also tipped in a very rare ephmeron, a four-page leaflet that Doyle published in December 1918 to reply to the hundreds of inquiries he received after publication of The New Revelation (1918). The leaflet, which is headed with Doyle's address, opens with a two-page letter offering his recommendations for further reading on psychic phenomena. The latter pages reprint an article "Life After Death," published originally in the Daily Chronicle on 5 November 1918.

In his four-page letter to Bainton, Doyle offers both an attack on established religion (“my experience is that the collective churches are both ignorant & hostile”), and a vigorous defense of Mrs. [Annie] B[rittain], who had recently been the subject of an exposé in the weekly magazine Truth. Doyle defends Brittain’s criminal record (“of course any paid medium is liable to conviction by the present barbarous laws, so that there is nothing in that”), explains away her false results (“when interviewed by a bogus client that is absolutely to be expected since every law of harmony is broken”), and points out that out of the forty-eight clients he sent to her (!), forty “have had complete satisfaction.” 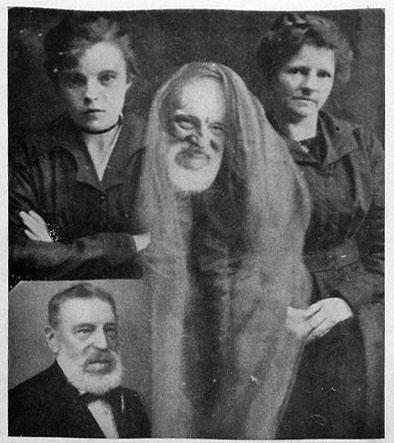 Mrs. Buxton (upper right) with her daughter and the spirit of her father

Offering some general remarks of support for the Spiritualist movement, Doyle explains, “I send you this long explanation that you may disabuse the minds of those of your congregation who were taken in by ‘Truth’s’ bogus exposure.” Doyle would offer a very similar defense of Mrs. Brittain in Appendix D of The Vital Message (1919), which he must have written shortly after his letter to Rev. Bainton. Several years later Doyle’s devotion to spiritualism in general and spirit photography in particular would again come under attack, this time in the form of a blast from Houdini, A Magician among the Spirits (1924).