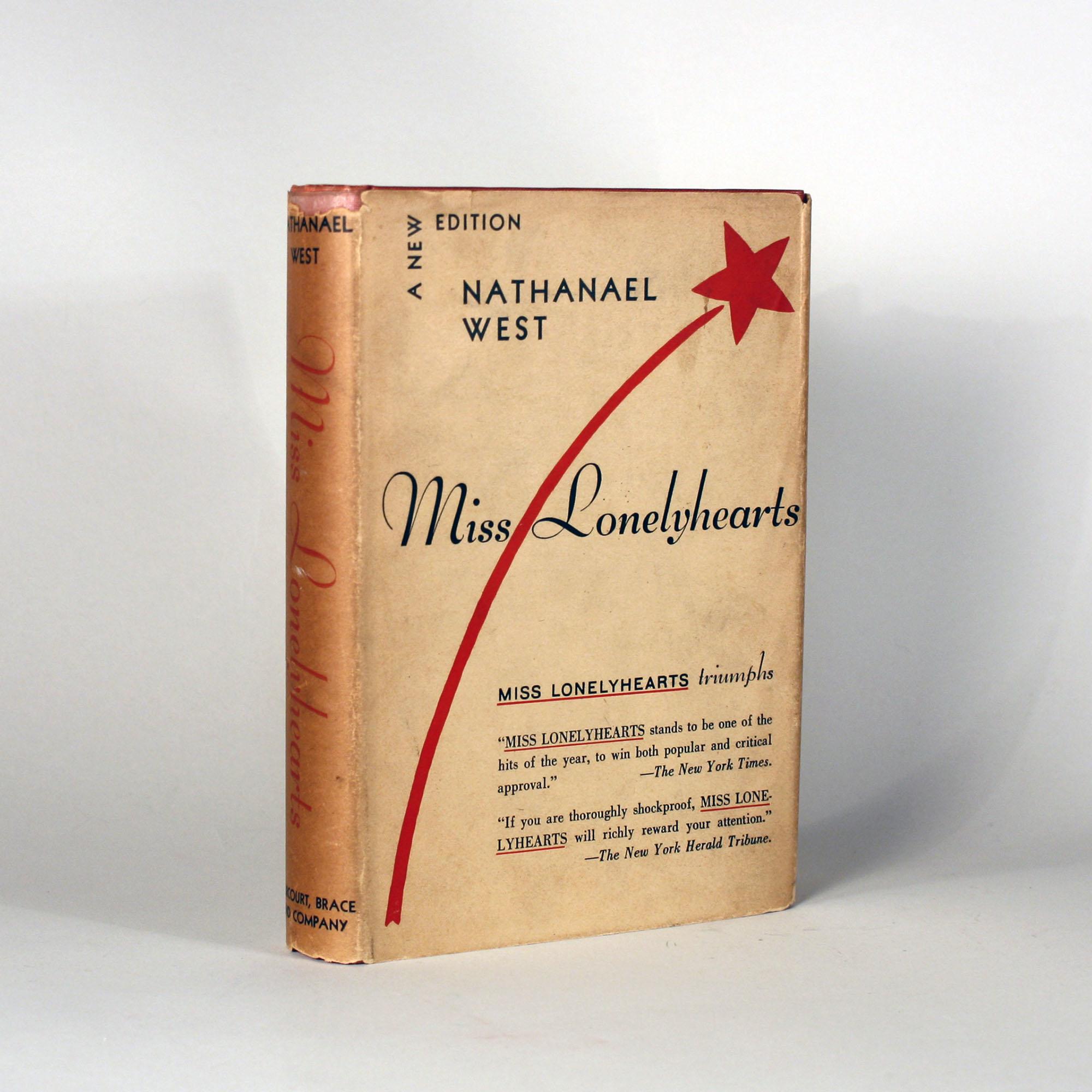 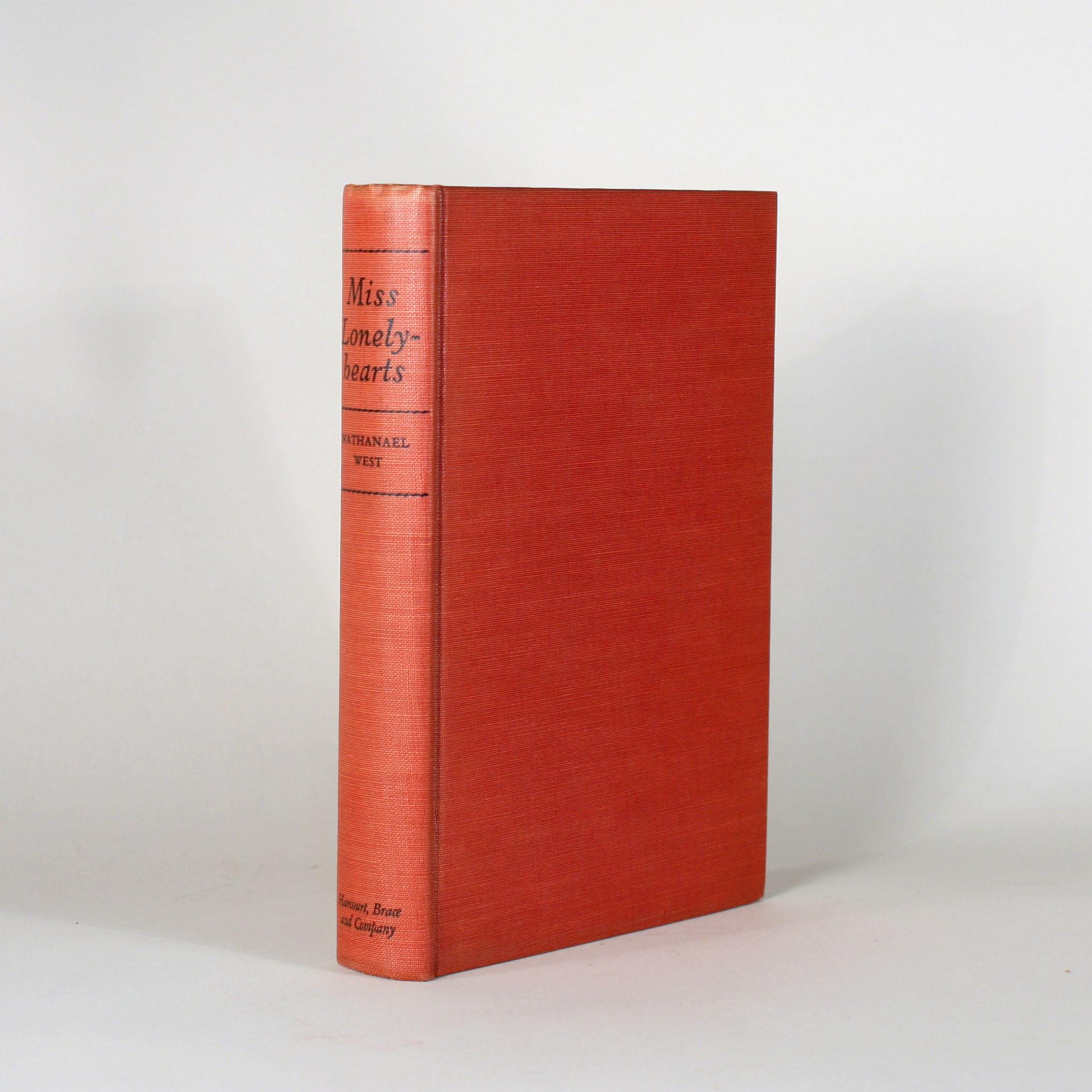 West, Nathanael (1903-1940), Miss Lonelyhearts. Harcourt Brace & Co., 1933. First edition, second issue. Near fine in brick red cloth and a very good example of the exceedingly rare dustwrapper, with shelfwear to the head of the spine. In a custom slipcase.

It is perhaps appropriate that Miss Lonelyhearts, West’s darkly comic novel set in Weimar Manhattan, was both a critical success and a commercial failure. The book received glowing notices in the major papers. A review in the New Yorker hailed the author’s “prose that is like glass for transparency and that is lit by the most fantastic and colorful imagination.” But West’s publisher, Horace Liveright, had been hit hard by the Depression. By the time the book was published on 8 April 1933, Liveright was spinning into bankruptcy. 2,200 copies had been printed, but only 800 copies had been shipped to bookstores. Three weeks after publication the printer refused to deliver any more copies of the novel until they were paid. Liveright was forced to declare bankruptcy, and creditors seized the publisher’s assets, including the bulk of the initial print run of Miss Lonelyhearts. As one of West’s biographer notes, “Just as the book’s positive reviews began to appear in print there were no books to ship to bookstores.”

Acting quickly, West retrieved the rights to his book and signed a contract with Harcourt Brace on May 26, which purchased the unbound sheets and issued them with a new title page bearing their imprint on June 6.  After two months, however, the buzz was past, and sales were poor. Before long, the remaining sheets were sold to Greenberg, which produced a third issue of the book in the hopes of capitalizing on the release of the film adaptation, Advice to the Lovelorn, on 1 December 1933. Alas, the film strayed far from the original text, and failed to drum up interest in the novel. The Greenberg issue was soon remaindered.

Thus the 1933 first edition of one of the most enduring satirical novels of the era appeared under the bylines of three different publishers. Although there are no data on the number of copies sold under each imprint, the generally accepted figure is around 800 total. The majority of surviving copies appear to be the Liveright edition, which is much more commonly encountered than the two later issues. The rarest certainly is the Harcourt edition, and this is the only one we have encountered in the dustwrapper.