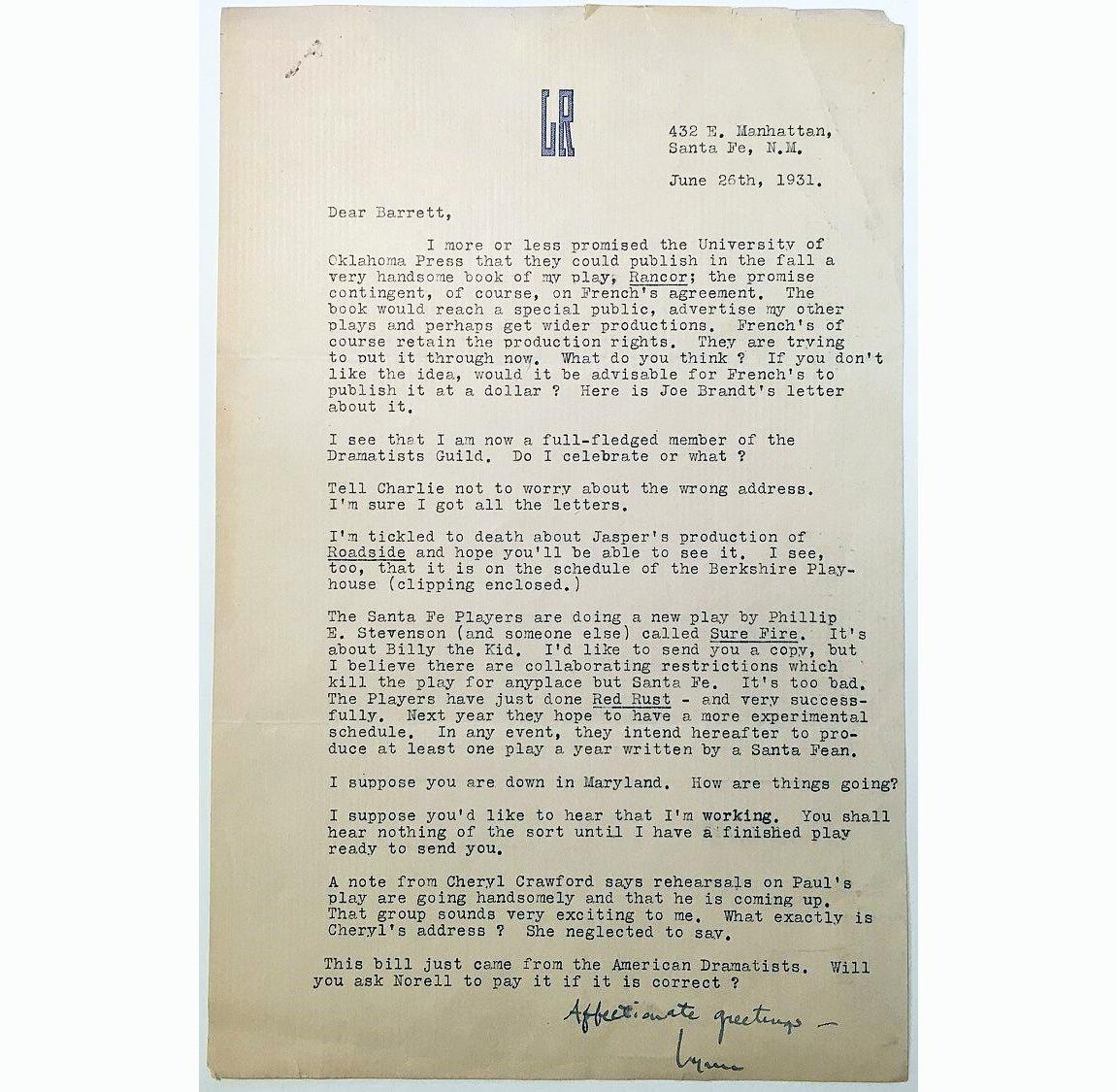 A chatty letter sent from Santa Fe, NM, to his close friend and editor at Samuel French, rich with detail. He celebrates his new membership in the Dramatists Guild, and productions of Roadside by Jasper Deeter of the Hedgerow Repertory Theatre and of Red Rust by the Santa Fe Players. He also mentions his colleagues, the Pulitzer Prizewinning playwright Paul Green, and the producer and director Cheryl Crawford, who would go on to found the Actor’s Studio. He writes with enthusiasm about a new play Sure Fire, by his neighbor in Santa Fe, Philip Stevenson, who would also go on to write Hollywood screenplays before being blacklisted for his political beliefs.

Perhaps most interestingly, Riggs discusses his hopes of publishing Rancor. The play, a study of deeply destructive romantic ties between two families, had premiered in 1928. Riggs had considered publishing it in 1929, but vacillated. In 1931, he was once again determined to see the play in print:

I have more or less promised the University of Oklahoma Press that they could publish in the fall a very handsome book of my play, Rancor; the promise contingent, of course, on French’s agreement. The book would reach a special public, advertise my other plays and perhaps get wider production. French’s would of course retain the production rights. What do you think? If you don’t like the idea, would it be advisable for French’s to publish it at a dollar?

For one reason or another, this project fell through. Rancor would not be published by the University of Oklahoma, Samuel French, or any other press during Riggs’s lifetime.

A fine, revealing letter to one of Riggs’s most important interlocutors.

A note on provenance: We have cleared the provenance of this document with the Beinecke Library, which holds the papers of Barrett Clark, including a file of his correspondence with Riggs. The curators confirm that this particular letter appears to have been separated from the bulk of Clark’s files before they made their way to Yale.