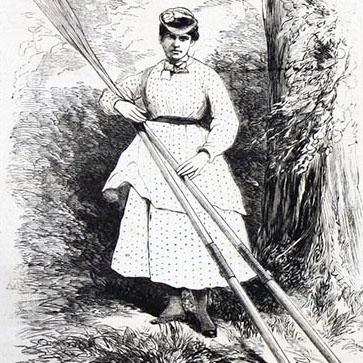 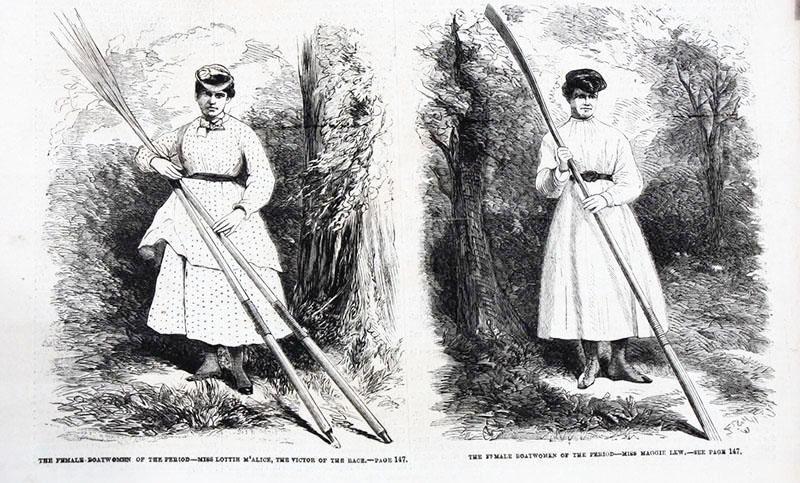 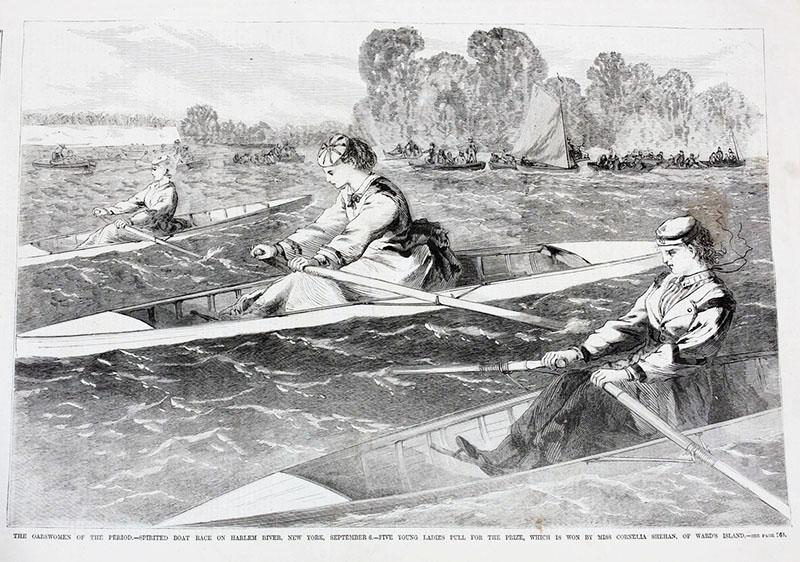 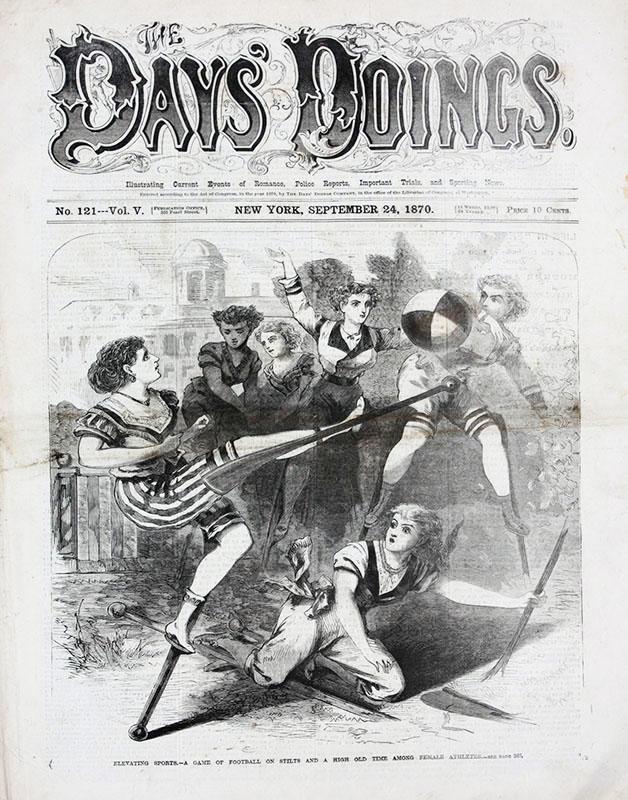 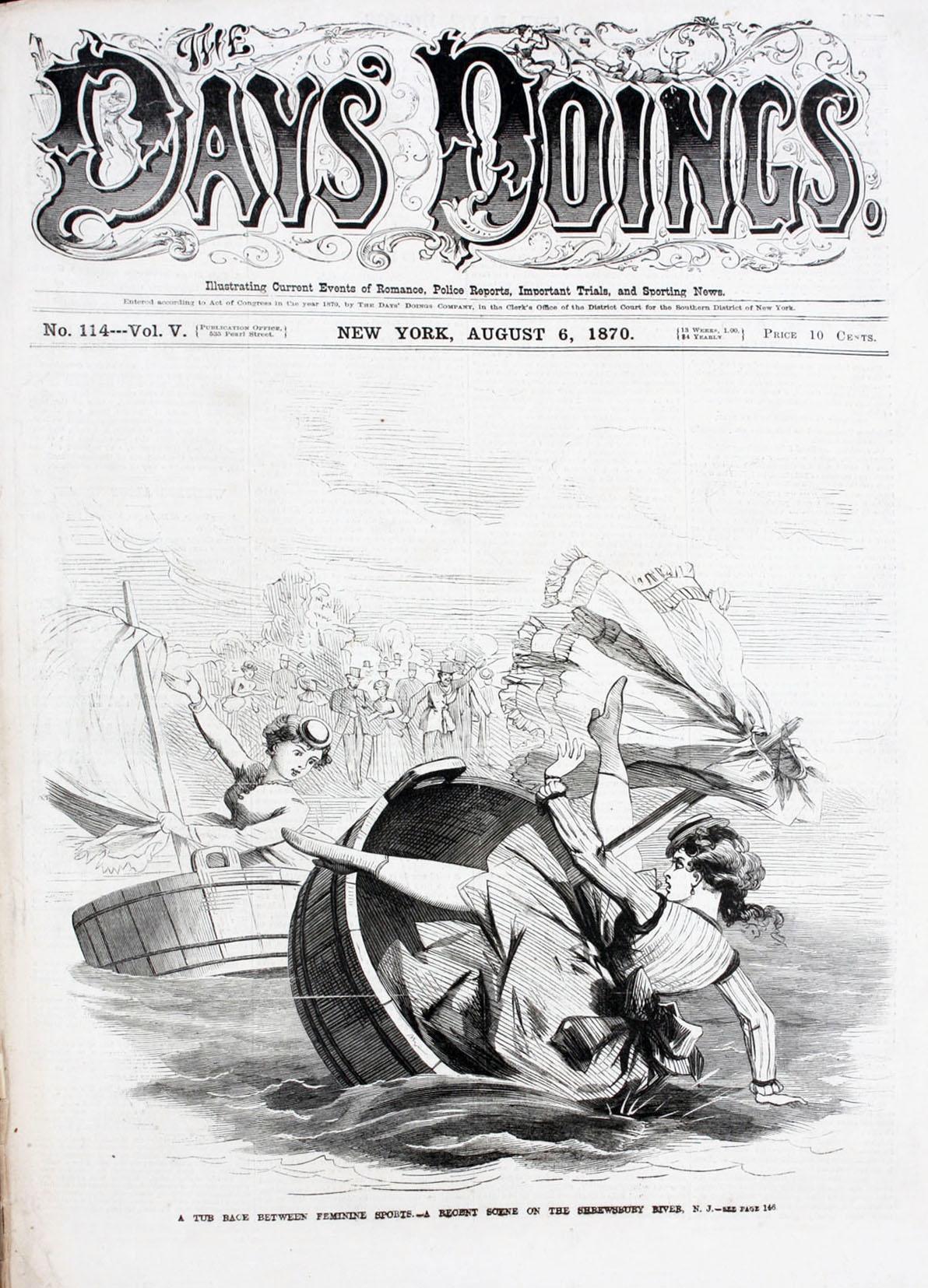 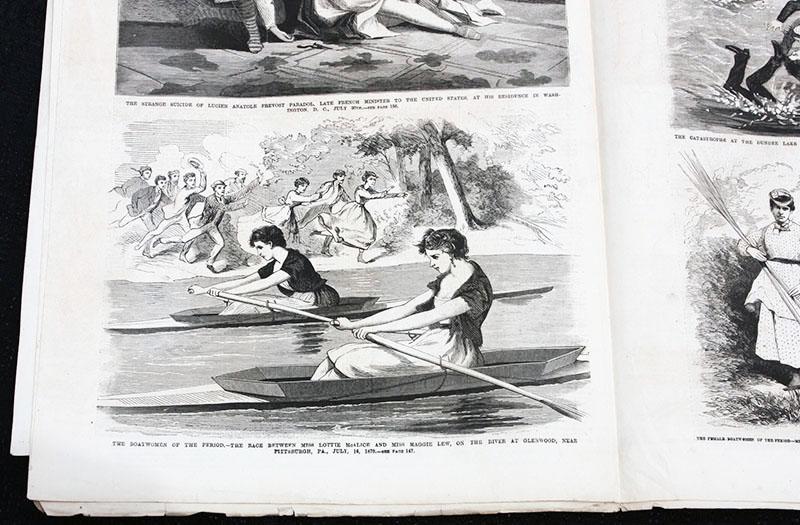 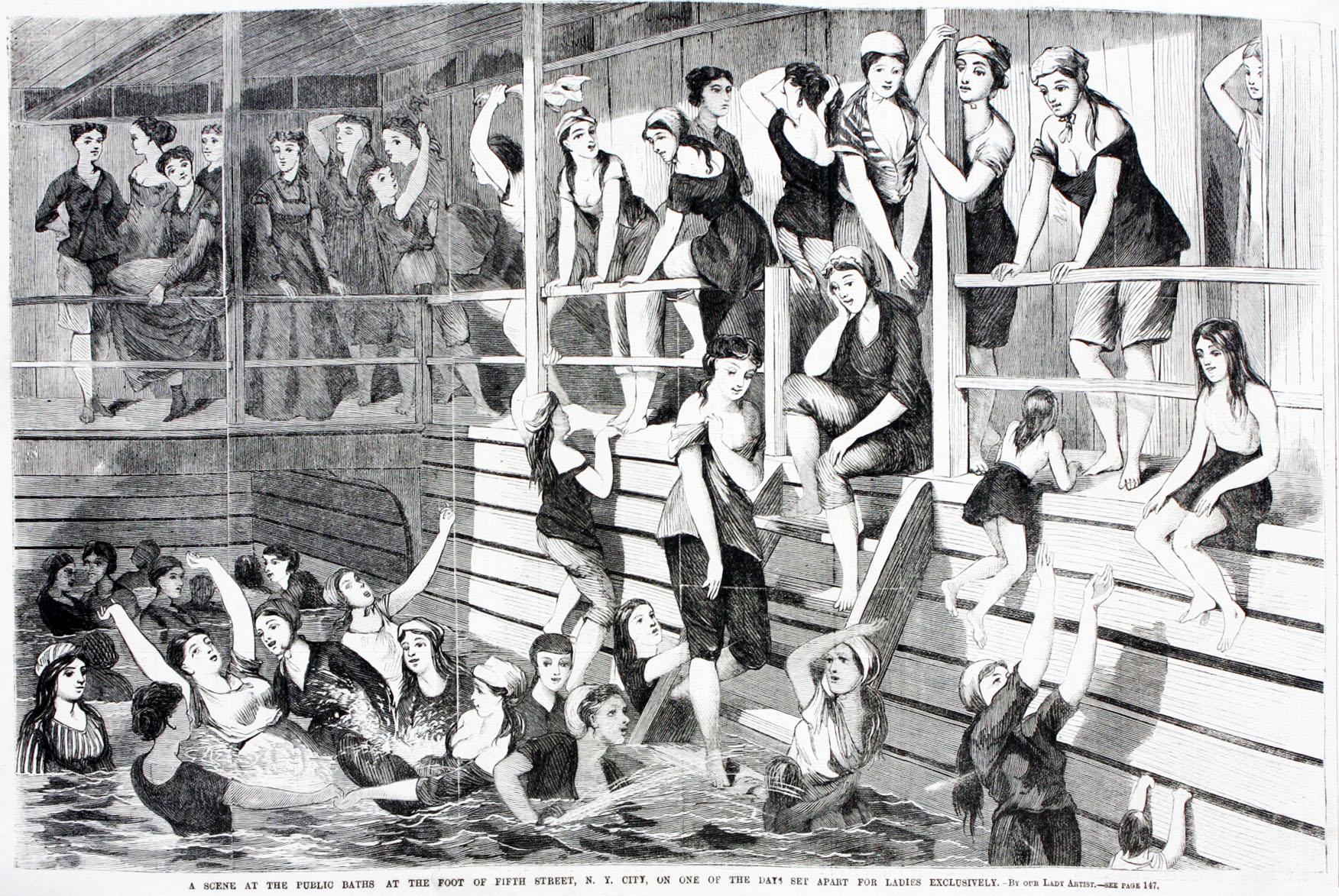 The most significant of these is the illustrated account in the August issue of the sculling contest between Lottie McAlice and Maggie Lew held on July 23, 1870, on the Monongahela River near Pittsburgh. This one-mile race between two 16-year-old contestants is widely cited as the origin of women’s competitive athletics in America. It is at any rate the first race to capture such wide public attention, which has not waned to this day.  The Lottie McAlice Regatta is held annually at the Head of the Ohio to honor the event. In addition to a half-page engraving of the race in progress, the issue also includes formal portraits of the two contestants, and a breathless account of the encounter.

The September issue also has several illustrations featuring women’s rowing, including a wonderful full-page engraving of a boat race in the Harlem River.

There are other illustrations of female athletes engaged in contests, though we are not sure whether all of these were real. The August issue features a cover engraving of a tub race between women on the Shrewsbury River, which may have really taken place.  But the September issue features a cover engraving of a women’s football game on stilts, and this must be imaginary. Issues of The Day’s Doings are very rare. The only copies known are located at the American Antiquarian Society.