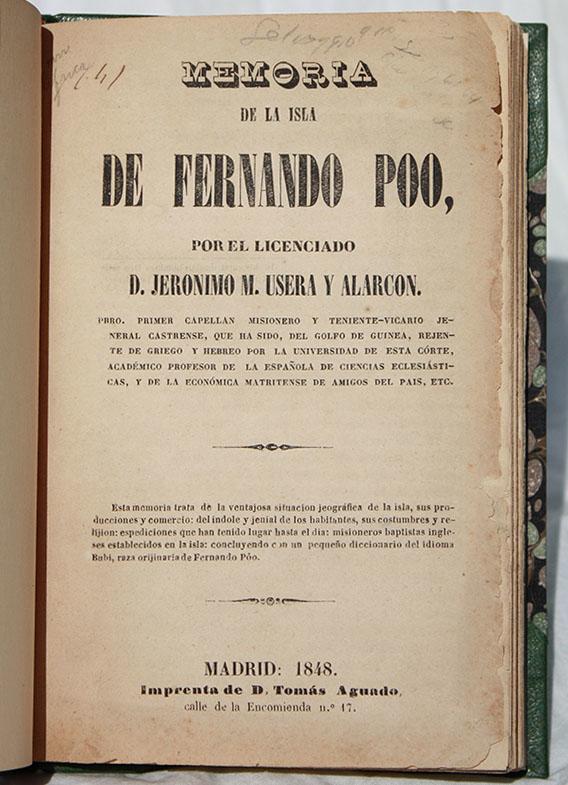 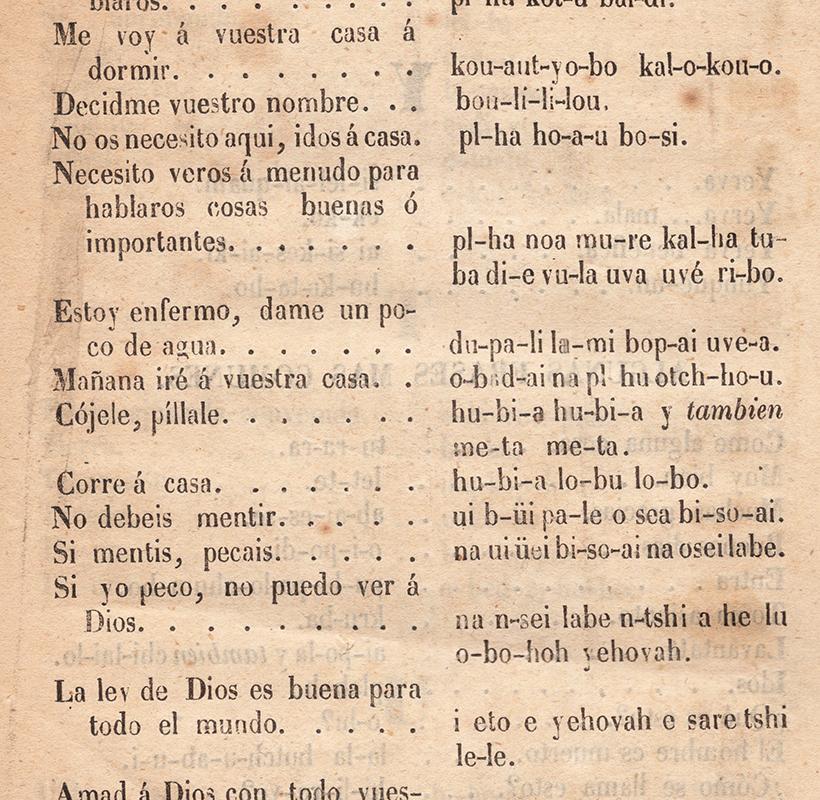 This volume represents one of the earliest accounts of the Kru people and their language. In addition to relating his own endeavors, Usera reports favorably on the work of Baptist missionaries on the island.

Usera was among the first group of Spaniards to set foot on the island of Fernando Po, now called Bioko, which was then a Portuguese territory. Born in Madrid in 1810, he entered the Cistercian Order at the age of 14. In 1844 he was named the first chaplain to the expedition to the Gulf of Guinea. He prepared by catechizing two Krumen brought to Spain from Fernando Po, Felipe Quir and Santiago Yegüe, who taught him Bubi, the local language.

Usera arrived at Fernando Po on Christmas day, 1845, and soon opened a school on the island. But illness compelled him to leave in March 1846. He has been hailed for his later work in Puerto Rico and Cuba as a socially progressive pedagogue.[1]

The final pages of the volume are occupied by a 12-page Bubi dictionary that includes six varietal terms for snake (including inoffensive, white, black, venomous black, and boa) and such useful everyday phrases as “I am going to your house to sleep,” “run to the house,” “I am sick, give me a little water” and “You should not lie.”

Rare; only one copy located in the United States (Harvard).