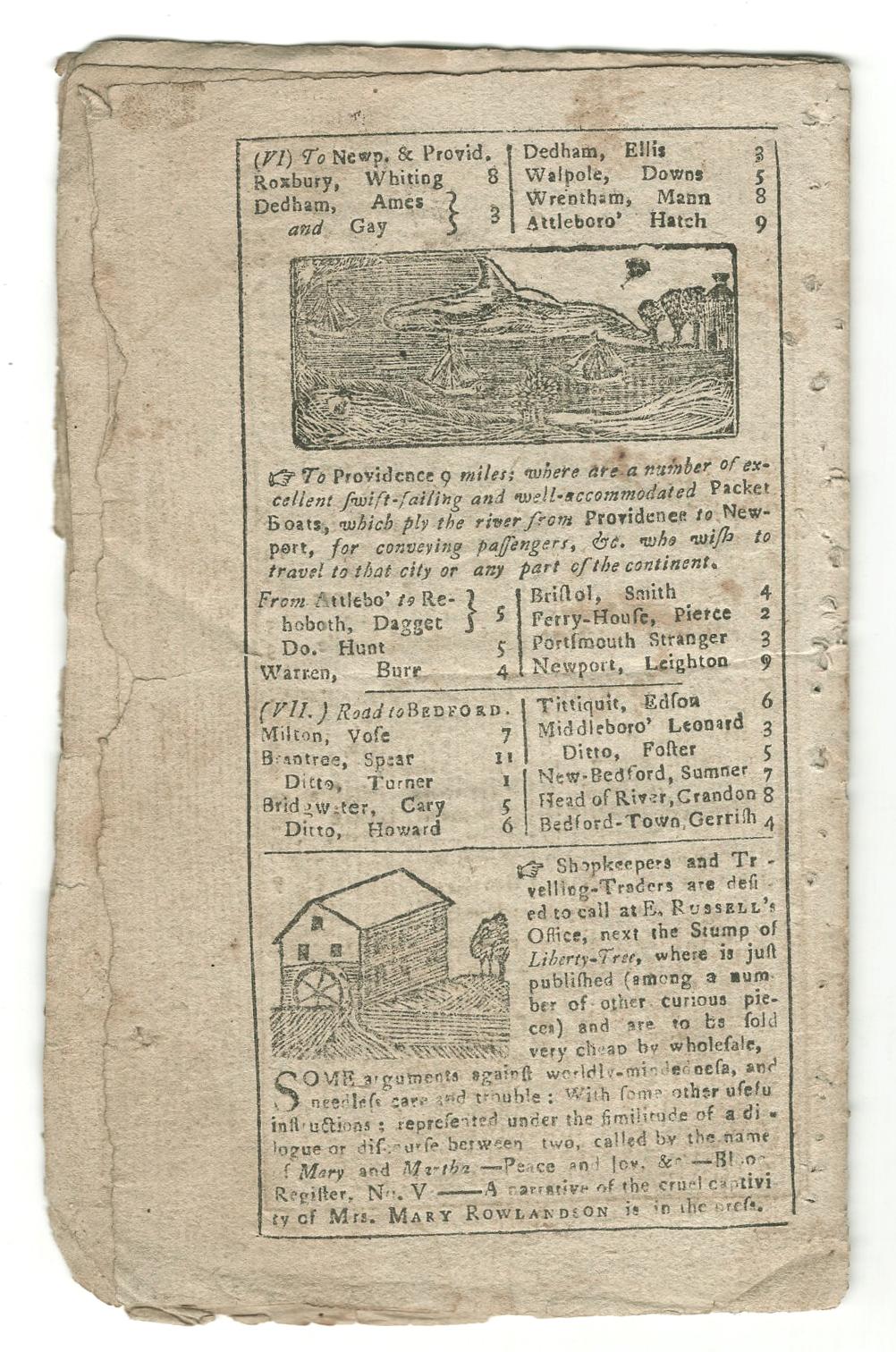 While traditional bibliography ascribes this almanac to Benjamin West, more recent scholarship suggests that Amos Pope performed the calculations. This is at any rate a very interesting publication, featuring a lengthy and rather grisly tale of murder. A man and his dog are bludgeoned and stabbed by a pair of villains, and left for dead. "Gallons of human blood, mixed with most of the faithful dog's, formed a most horrid deluge." Grievously wounded, the dog nevertheless survives to root out his master's murderers. The story comprises almost one-third of the almanac's content, occupying seven out of its 24 pages.

Also included is a song, "Poor Orra tink of Yanko dear," which is ascribed here to "a Negro girl, on her lover drowned in her fight," but it was actually written by Charles Dibdin for his comic opera The Islanders (1780). A list of roads and distances from Boston includes data for "Mount-Vern[on], seat of Gen Washington."  An advertisement on the final page includes a notice for a new edition of the Indian captivity narrative of Mary Rowlandson.

The cover illustration of an astronomer with mathematical instruments, including a cross-staff (used for measuring the angle between the directions of two stars), a sextant, a set of calipers, a protractor, and a globe, is copied from a 1762 woodcut that Isaiah Thomas executed when he was only 13 years old (Reilly 996).